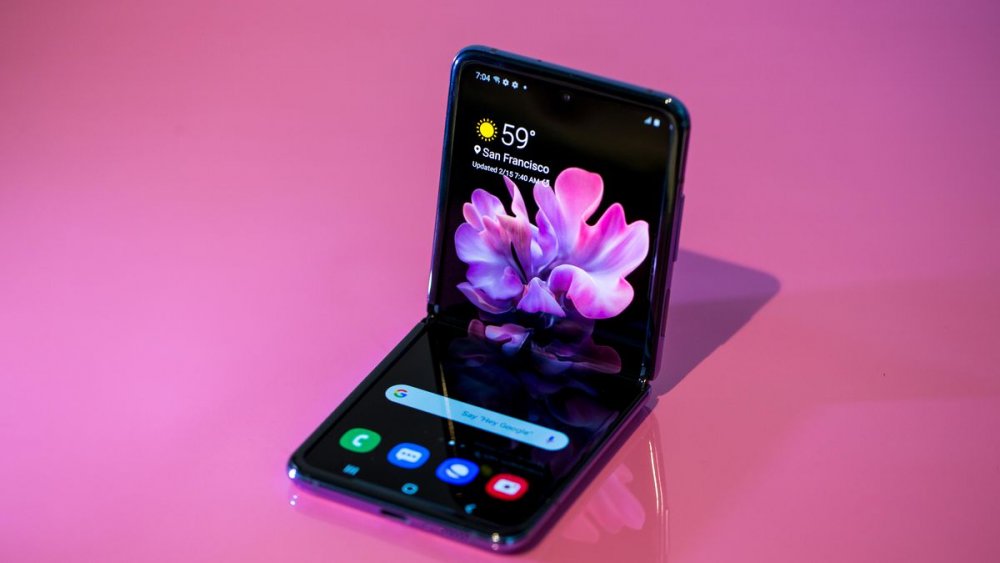 When we reviewed Samsung's Galaxy Z Flip, we did so with plenty of excitement. That model has been subsequently updated with 5G and the Qualcomm Snapdragon 865 Plus, but retains the same physical design, it's just now faster. But there are still shortcomings, like the small external display.

The next Samsung Galaxy Z Flip, however, will offer Samsung the chance to right these wrongs. Here's everything we know so far about it.

Next-gen Galaxy Z Flip: What will it be called?

While the original was called the Galaxy Z Flip, followed by the Galaxy Z Flip 5G, it's thought that the next model will be the Galaxy Z Flip 3. The justification for this is down to the 5G version being taken as the second-gen, while Samsung also wants to align the naming of the Z Flip and Z Fold models.

That will likely see the 2021 model called the Samsung Galazy Z Flip 3, although we suspect these will be further appended with 5G and 4G respectively, with two devices offered, the premium 5G model and a cheaper 4G model.

If Samsung maintained its regular release schedule, then a Galaxy Z Flip 3 would arrive a year after the original, which would be around February 2021 alongside the Galaxy S21. However, rumours suggest this won't be the case, with the new Galaxy S expected in January 2021.

Instead, it's claimed the device will arrive after Q1 and we're expecting that Samsung will have a folding device version of Galaxy Unpacked to reveal new Z Flip and Z Fold models. This might even replace the company's launch event in August when the Note is traditionally announced.

Two EUIPO patents - spotted and re-imagined by LetsGoDigital in crystal-clear renders - appear to reveal two versions of an upcoming Samsung foldable phone with triple cameras, though it's not explicitly stated that the patents are for the Galaxy Z Flip 3, but could suggest Samsung's approach to the next-gen design.

There is a third camera shown on the patents, which is likely a telephoto lens. The Galaxy Z Flip features a dual camera made up of a 12-megapixel main and 12-megapixel ultra-wide lens, so this would be an enhancement on the original and an obvious place for Samsung to expand on the feature set of the folding phone.

One version of the foldable phone has the triple cameras positioned horizontally, similar to the existing Galaxy Z Flip, while the other version has its camera sensors arranged vertically, like Samsung's other smartphones.

The patent showing the phone with vertical cameras seems to have more space for the external display to expand, perhaps allowing the next-generation Z Flip foldable phone to show users more useful information at a glance when closed. For now, though, rumours are scarce, so it's not clear how the new devices will differ from the existing models.

For many, the Samsung Galaxy Z Flip will meet requirements in terms of battery, camera and power, providing something unique that looks great; but for the gamers, enthusiasts and power users, the Galaxy Z Flip is probably a compromise they might not want to make.

The 5G version moves to Snapdragon 865 Plus, but retains the other specs. Any future model would likely move to next-gen hardware, likely Snapdragon 888 for any premium model. Samsung might also use Exynos 2100, expected to be announced on 12 January 2021, although it might stick to using Qualcomm hardware exclusively.

Currently, details are limited about how it might be improved, though a 120Hz refresh rate has been mentioned. With two models expected, we're likely to see a premium device running the latest 5G hardware, but a more affordable device designed to be 4G might use older hardware to keep the price down.

Samsung Galaxy Z Flip 3: All the leaks and rumours

Here's everything so far about the next-gen Galaxy Z Flip 2/3.

16 December 2020: Z Flip 3 expected in two versions in 2021
Rumours suggest that there will be two versions of the Z Flip in 2021 - a premium device and a more affordable version. It's expected to be called the Z Flip 3, skipping the Flip 2 name, which is informally applied to the 5G version of the original phone.

10 December 2020: Samsung Galaxy Z Flip 3 might cost less
Rumours suggest that Samsung will be bringing the price of the next-gen folding phone down to move it into the mainstream.

26 November 2020: Next-gen Samsung Galaxy Z Flip could have 120Hz display, launch mid-2021
A report from The Elec claimed the next Galaxy Z Flip will arrive after Q1 2021, while leaker Ice Universe claims it will feature a 120Hz refresh rate display.

22 July 2020: Samsung Galaxy Z Flip updated with 5G and Snapdragon 865 Plus for blistering speed
Samsung announced a 5G version of the Samsung Galaxy Z Flip, but the overall design is the same as the original Z Flip. Some of the hardware might flow into the next-gen device, however.

20 July 2020: Apparently there will be a new Galaxy Z Flip at Samsung's next launch after all
New information suggests that the new version of the Z Flip is powered by the Qualcomm Snapdragon 865 Plus.