Google has announced that it is now starting the transition of free, individual Hangouts users to Chat following the discontinuation of Google Hangouts for Workspace users in February.

Google said those who are still using the Hangouts mobile app will receive a prompt upgrade to Chat in a blog post.

Users of Hangouts in Gmail on the web will not be prompted to switch to Chat until July, according to Google.

Google states that it will notify customers "at least one month" in advance before it starts redirecting the Hangouts site to Chat.

Hangouts will still be accessible on its desktop site until November. 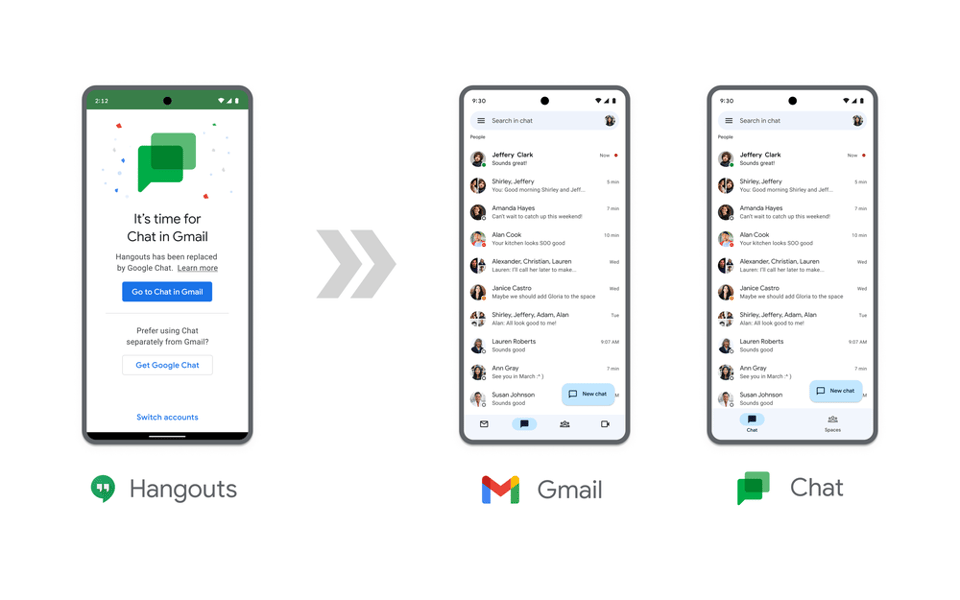 Contrary to popular belief, Google Chat is distinct from GChat (formerly known as Google Talk), which Google discontinued officially supporting earlier this month. (Initially, Hangouts was meant to take the place of GChat).

The business became more explicit about its plans to switch clients from Hangouts to Chat in 2018.

The service was made freely accessible to all users in 2020.

Google ought to move all current Hangouts discussions to Chat automatically if still in use of the service.

Before Hangouts is formally retired in November, the firm also gives you the chance to download a copy of your data using its Takeout service.

Google claims it's rolling out a few new capabilities, such as the ability to place direct calls, create in-line threads in Spaces (the rebranded version of Rooms) and share and see multiple photos, to attract people to move to Chat.