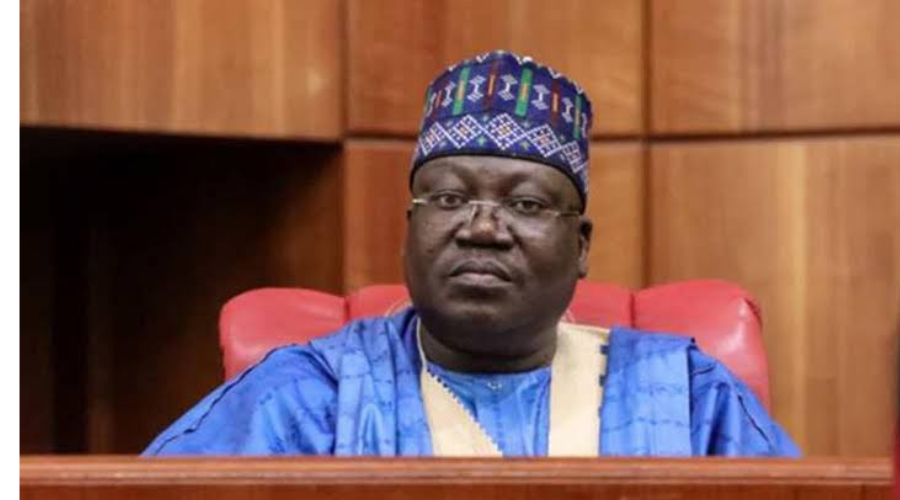 Who would want to be a placeholder in paradise, considering the “sweets” we have been told filled up the abode? Bahir Machina intends to hold firm his senatorial slot, meaning that as things stand, the president of the senate, Ahmed Lawan, will not be returning to the hallowed chamber next year.

Today, the Court of Appeal in Abuja affirmed Bashir Machina as the authentic candidate of the All Progressives Congress for Yobe North Senatorial District.

The senatorial zone of Ahmed Lawan, who traded his senatorial slot for the presidency push.

The court judgement is certainly not unexpected because it only upheld the judgment of the Federal High Court sitting in Damaturu, Yobe State, which held that Senate President Ahmad Lawan was not the APC candidate for Yobe North Senatorial District in the 2023 elections.

Should he have been?

Senator Ahmed Lawan was one of the presidential aspirants of the APC who lost to the eventual winner, Bola Ahmed Tinubu.

The news even had it that the Senate President was the "consensus candidate” of Abdullahi Adamu, the APC national chairman. Eventually, Lawan polled 152 votes, while the party’s presidential flagbearer triumphed with 1,271 votes.

One will question the motive behind the ambition of the senate president because the party and the northern governors in the party had concluded that they wanted the presidential candidate from the party to come from the southern part of Nigeria.

If the people you want to serve say it is not your time, why trade off an exultant position such as the president of the senate where you can make tremendous marks to impact the country’s democracy?

Unless we hear from Senator Lawan himself, the general thought is that there is no agreement between Lawan and Machina before the presidential or senatorial primaries.

The report, signed by the INEC and dated June 23, 2022, indicated that Machina polled 289 votes out of the 300 delegates who voted during the election. 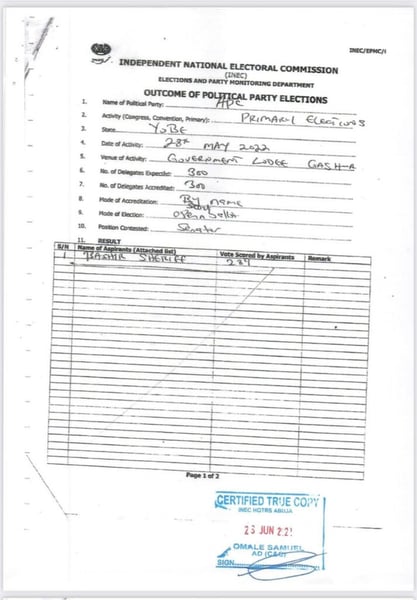 Apparently, the primary Lawan's camp conduct was a parallel one. 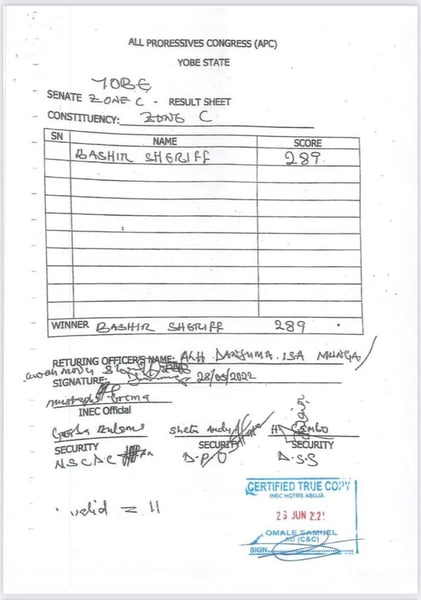 The bone of contention is that the party, particularly the national chairman of the party, wanted Lawan while Machina is standing his ground.

Then, if this is the difficulty confronting Senator Lawan at this time, his presidential chase was a very wrong choice.

Where do we stand?

Justice Monica Dongban-Mensen, who presided over a three-person panel, gave the affirmation in an appeal by Lawan, challenging the decision of Justice Fadimatu Aminu of the Federal High Court Damaturu, which had on September 28, 2022, declared Machina as the winner of the primary election organised by the APC in May 2022, while Lawan opted to contest the presidential primary election organised by the APC on June 9.

The judge also ordered the APC to forward the name of Machina to INEC as the authentic winner of the primary held in May.

“In the final analysis, the conditions for the validity of primary elections were fulfilled in the election of May 28, 2022, which produced the plaintiff.

"The phantom polls of June 9, 2022, which produced the second defendant, are, as a result, declared invalid given the outline provision of the law of the very primary election.

“The first defendant is hereby ordered to prepare the name and details of the plaintiff to the third defendant as its rightful candidate. This is my decision.”

The APC and the body language

The leadership of the APC wanted Machina to resign from the proposition.

Senator Ahmed Lawan is not the only individual in this imbroglio.

Senator Godswill Akpabio is also battling with the law after contesting for and losing APC presidential ticket.

However, after losing, both of them were listed as senatorial candidates by the APC, but INEC refused to recognise them.