Zack Snyder's Army of the Dead has a vibrant new poster ahead of its release in theatres and on Netflix on May 21, 2021.

It sees a group of mercenaries plan a heist in a Las Vegas casino amid a zombie uprising. They will have to make their way through a horde of the flesh-eating monsters to get their hands on the money in what could mean their deaths. 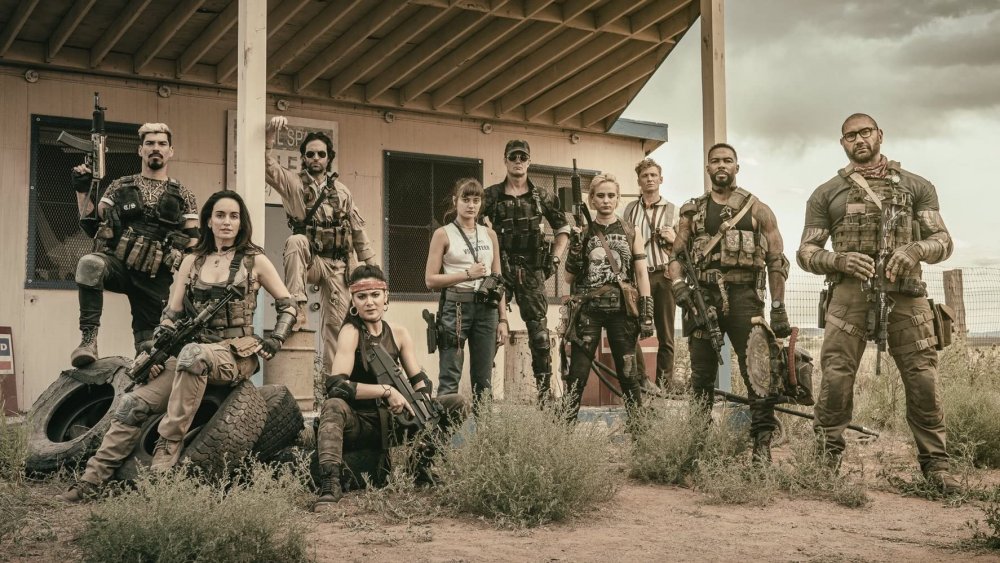 The cast of ARMY OF DEAD on the movie set

Ahead of its release, Netflix is preparing the minds of fans by releasing an all-new poster that showcases the upcoming film's vibrant and chaotic energy (it's directed by Zack Snyder, so what do you expect?)

In the picture, Bautista in front as his comrades in arms flank him on both sides, with a foreboding caption that reads, "ALWAYS BET ON THE DEAD."

As zombie movies go, we've seen a lot of them and only a few tend to leave lasting impressions. Snyder (who is still basking in the positive energy from fans brought on by the release of his version of Justice League), it is hoped, will make the wait for this one worth it.

Check out the brand new poster below: ALWAYS BET ON DEAD.#ArmyOfTheDead
In select theaters May and on Netflix May 21. pic.twitter.com/kyf3fDYN4Y