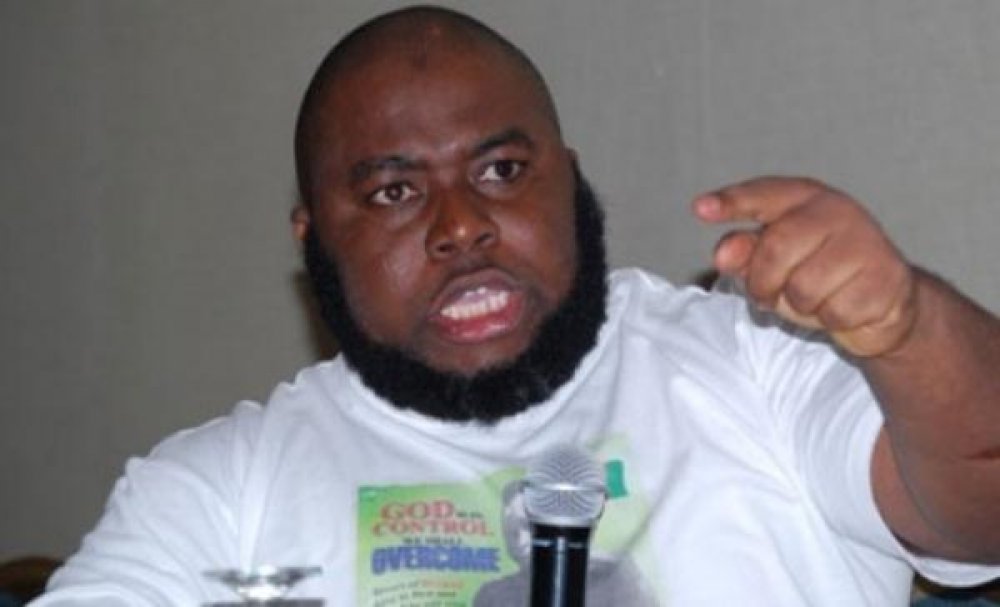 Today marks a great epoch in our history, a history that have been chequered with pains, sweat, and our blood. We went through three years of gruesome genocide. We came out of it and became a people that have no direction as to where we belong to.

Are we still Biafrans or we are Nigerians?

In the creation of 12 states, we had a preponderance increase in the number of administrative units contributed nothing to the existence of the entity Nigeria, Six States in the North and the three regions of the south had Six States including the Lagos special area.

The resources of the so-called Federation of Nigeria were confiscated and taken over by those who have now become the new masters of Nigeria.

There has been uprising in various parts of Biafra. The Ogoni revolt led to the death of Ken Saro Wiwa and others and the not ending Ijaw revolt against the occupation of the Nigerian State and confiscation of our resources. We as a people have resolved that as Biafrans, it is time for us to take our destiny in our hands. It is time to take our destiny on our hands and bring freedom to ourselves and our children and the generations of Biafrans yet unborn.

My comrades, how long will they tell us that they must forcefully enter our land and move their animals? How long will they tell us that the acceptable legal principles of 'Cujus Est Solum Ejus Usque Ad Coelum' (he who owns the land, owns all that is in the land, above the land or below the land) does not apply in our case? How long will Zamfara have the right to mine our gold and other solid mineral resources and we will not have same right to do so? How long will our creek, stream, water, riverlets belong to the omnibus Nigerian State that we have no right to all these resources, but they belong to the Nigerian state?

These are not Uche Mefor's doing, these are not caused by Dokubo-Asari. It does not affect us alone. It affects every one of us.

Fellow Biafrans, let us ask ourselves this question, simple question:

Are you happy with Nigeria? Are you sure that you are satisfied with the life we are living? I am not satisfied with this life that I am living. I cannot play a second fiddle to anybody. I am Mujahid Abuakiri Dokubo-Asari, Alabo Edi Abali of Kalabari. I cannot be anything less. Will you want to be something less than what you are?

A lot of people will after today make an analysis of this speech and come out and talk. Why would Uzor Kalu go to prison when people who are Governors at the same time with him like Kwankwaso are not in prison. They did not steal but we believe that Uzor Kalu stole. This are the inequities of the system in which we find ourselves.

One of the divine books says, "I see, I see, I see slave riding on horseback and Masters walking on foot. This happening described our situation as a people. All over the world Biafrans have projected the image of the black race but in our home, we are nobody.

In our home, we are now third fiddle. We are mere appendages to Nigeria. It is time we cut ourselves loose. This has formed the decision, in accepting this position, this Trust. I never expected it from all our brothers and sisters across the globe who gather together and said, "come and lead".

I hesitated a little but I thank God that it is time for us to do our duty and our service to motherland. I have accepted this role. I have dedicated my life hundred percent to play this role.

But I want to say that in this movement, many of us might not reach the Promised Land. The enemy is ever ready to bear his fangs and claws. But by the grace of God, for every pharaoh God created a Moses, for every Goliath, God created a David.

My First act today in taking this position is to name those who would be on the driver's seat to navigate through this period of Tempest, this period of uncertainty with me.

I want to call on our brother, George Onyibe to come on board to join as the secretary of the de facto customary government of the state of Biafra. He will take care of the administrative, day-to-day administration of the Biafran State.

I also call on our brother Uche Mefor not to consider this office as too small for him, to come up and accept as the head of information of this new government. He shall be the Secretary of Information and communication.

I also call on our brother Emeka Emeka Esiri to take care of the legal needs of this nascent government.

My brothers and sisters, the four of us will kick start the process.

Others would come on board. We want volunteers who are committed, we want volunteers because there is nothing anywhere. We are the people who have volunteered to salvage ourselves first and salvage the rest of us.

I also call on all Biafrans in the various provinces of the Biafran Nation:

These your cheap lies and blackmails will never be accepted.

Fellow Biafrans our government would concentrate on the following areas:

Security, Paramount! Securing the lives and properties of our people.

Two, we're going to invest everything we have in science and technology to increase the scientific and technological discoveries, fabrications and making life easier for people through Science and Technology. We're going to pursue rigorously the education of our people. We're going to make sure that we feed ourselves. You are all aware of the recent plot where they decided to stop food from the north. They failed woefully; they will continue to fail. The government of the Biafran States will look to make sure that we only eat what we can produce.

Nobody can stop us. Nobody can blockade us as they did in the first war. We're not going to fight any war with anybody, we are walking to Freedom. We will not shoot any gun with them. They will prepare their weapon. They will have nobody to kill with their weapon.

Thank you and God bless you.