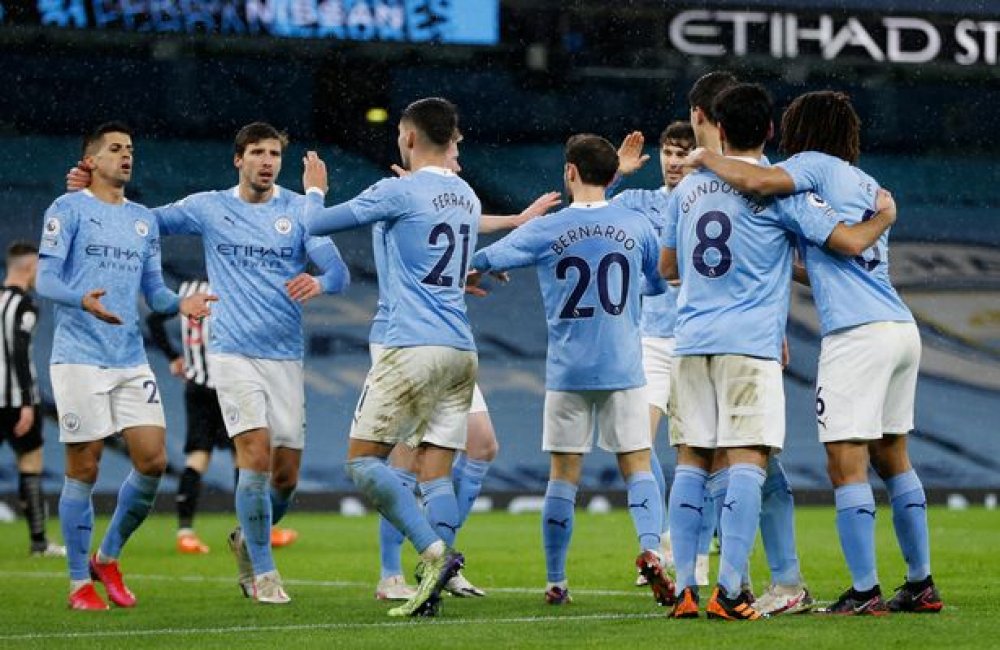 Manchester City shrugged off the impact of a COVID-19 outbreak in their ranks to outclass Chelsea 3-1 at Stamford Bridge and put themselves firmly in the Premier League title mix on Sunday.

AllNews understands that City's vintage display lifted them to fifth in the table with 29 points, four behind joint leaders Liverpool and Manchester United having played one game less.

After that, it felt like damage limitation for a subdued Chelsea side whose season is unraveling alarmingly after a strong start, although substitute Callum Hudson-Odoi did grab a stoppage-time consolation.

CITY PLAYED WITHOUT A POINT MAN

Manchester City did not play with a true No. 9 as De Bruyne, Foden, and Sterling are seen in that area even Gundogan drifts far off into the poacher's position as Pep Guardiola brought out another master class in London. The first goal was a pure predatory goal from the former Borussia Dortmund player, as Gundogan picked a pass from Foden and turned his marker before unleashing a powerful low ball past Mendy into the bottom corner.

Proving that in the absence of Aguero and Jesus, City can get in goal scoring mood. The second goal proves the potency of Foden in that same No. 9 position as he was seen accelerating ahead of De Bruyne before later staying onside and received a low ball which he buried in style into the bottom left corner of the post.

The third goal was a poor clearance from Kante which De Bruyne turned into a counter-attack as Sterling raced half of the field in a one-on-one with Mendy, took his time before later hitting the post.

Another poacher skills from De Bruyne as he was quickest to react and slot in a low ball to make it 3-0 for the visitor.