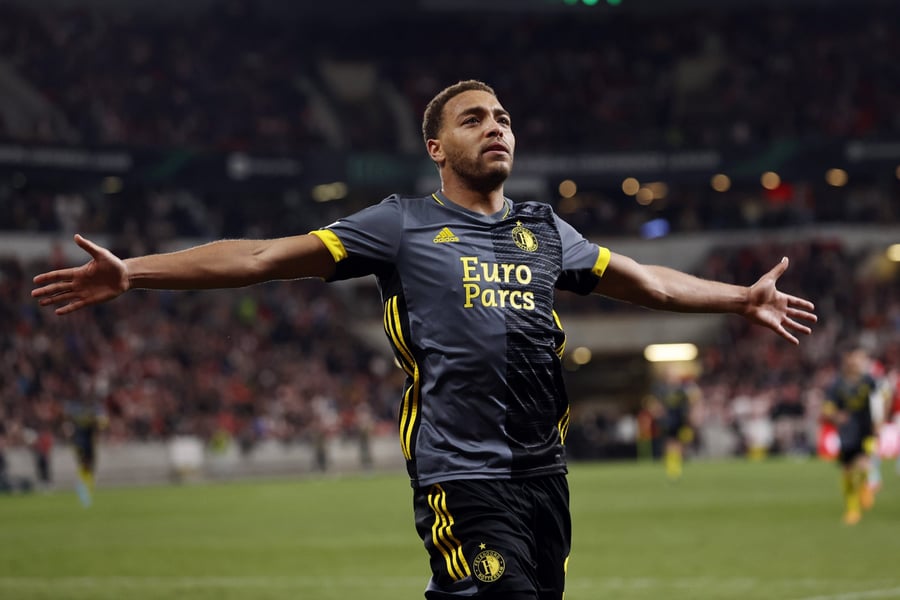 Super Eagles striker Cyril Dessers has opened up on his move to newly-promoted Serie A side, Cremonese from Genk.

Dessers linked up with Cremonese from Genk in a €6.5m deal.

The 27-year-old said it is a dream come true for him to play in the Italian Serie A.

“I have always dreamt of playing in Serie A, one of the top leagues in the world,” Dessers told the club’s official website.

“It’s going to be an exciting challenge, full of obstacles, but hugely stimulating, I can’t wait.

He spent last season on loan at Feyenoord where he played a vital role to lead the club to the final of the inaugural UEFA Europa Conference League which they lost to AS Roma, winning the top scorer award with 10 goals in 13 matches.

He was also named in the UEFA Europa Conference League team of the season following his goal-scoring exploits last season.

Cremonese will start the 2022/23 Serie A campaign against Florentina on Sunday.

Dessers made his Super Eagles debut in a 1-1 draw with Tunisia in October 2020.

He has scored once in three appearances for Nigeria.