Edo Election: Buhari Said He Was Reluctant to Congratulate Me - Obaseki 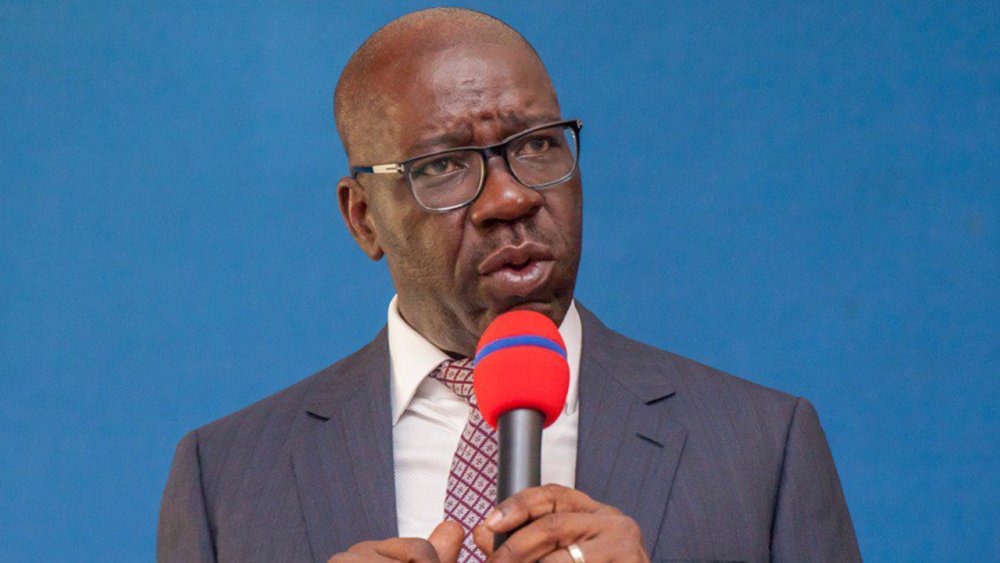 Edo State Governor, Godwin Obaseki has revealed that President Muhammadu Buhari jokingly told him that he reluctantly congratulated him after his victory at the just concluded governorship election in the state because he defeated his party's candidate.

Obaseki who said this after his meeting with Buhari commended the president for keeping to his promise of not interfering with the state election.

He said, “Mr President, in his characteristic humourous manner, said he reluctantly congratulated me for beating his party.

“He also pointed out that his role, first and foremost as President of Nigeria, is to be President of all regardless of your party, race, tribe, creed.

“We couldn’t ask for more from Mr President, he really played the role of his statement.”

He further revealed that he and members of his entourage visited the Presidential Villa to thank Buhari for his insistence that the governorship election in the state must be credible.

“For that act alone, we felt we must come and say thank you. I am not just coming along with my deputy, we came to say thank you with the representatives of Edo people – our senators, members of the House of Representatives, our senior citizens and party leaders,” he said.