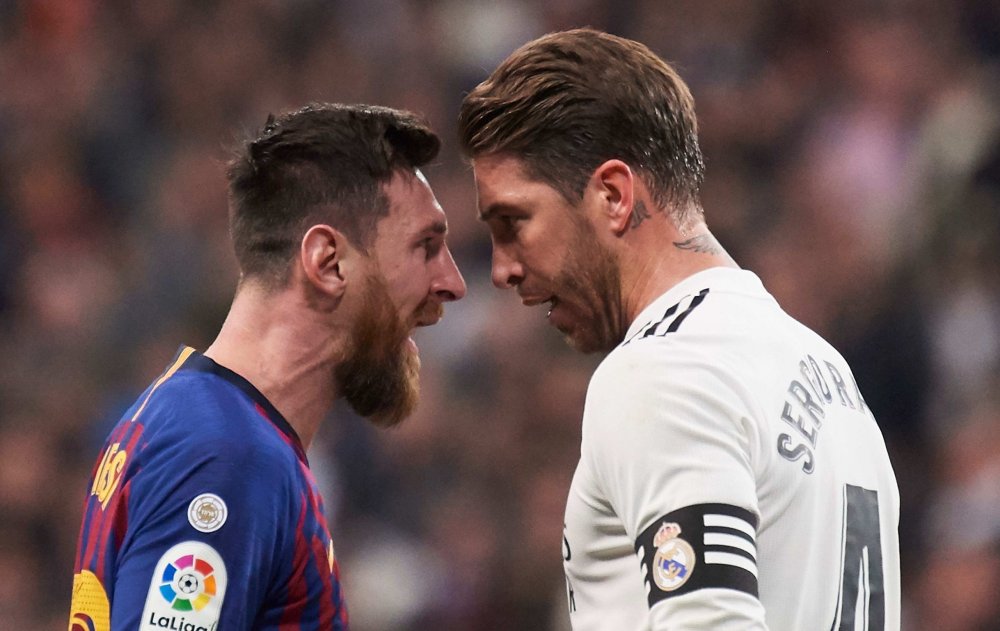 Ronald Koeman will supervise his second El Clasico when Barcelona travel to Real Madrid on Saturday with both sides fast closing in on stuttering Atletico Madrid at the top of the La Liga table.

The Catalans, unbeaten in 19 league games, are just one point off the pace while third-placed Real trail by three points after closing the gap from 10 in February.

Zinedine Zidane's side are also flying high after their comprehensive 3-1 victory over Liverpool in their Champions League quarter-final first leg on Tuesday.

Madrid forward Karim Benzema has warned that they need to keep Lionel Messi, who has scored 12 goals in his last 10 league appearances, out of the game if they are to get the three points.

"It'll be a tough game against a side who like to dominate the ball," Benzema said.

"They've got a great goalkeeper and of course Messi, the player who does everything for Barcelona. We need to be wary of him because he's so, so dangerous.

"Just like in the first meeting this season we'll go out on the pitch looking for the win, it's a final for us."

The hosts will be without injured captain Sergio Ramos and centre back partner Raphael Varane, who is isolating following a positive COVID-19 test.

However, Eden Hazard and Dani Carvajal could both be available for Zidane after returning to full training.

Barca will hope for the fitness of defender Gerard Pique, who has a knee issue but will stick to their three defenders if he can not make it.

Atletico travel to Real Betis having won just three of their last 10 games in all competitions as they struggle to keep their rivals at bay.

Coach Diego Simeone will be without La Liga's second top scorer Luis Suarez, who has a calf problem and suspended midfielder Marcos Llorente for the trip to Andalucia.