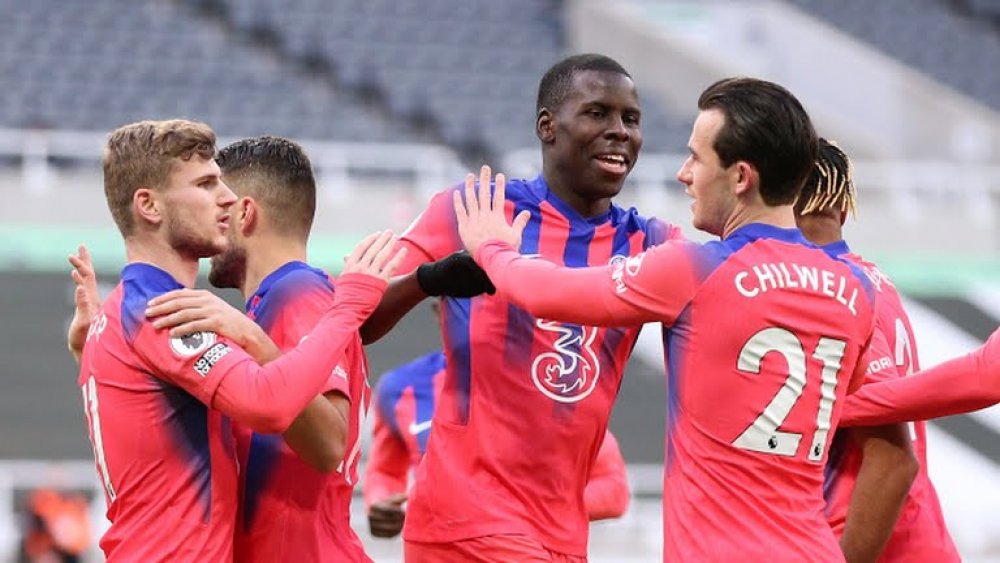 Chelsea defeated Newcastle 2-0 to clinch all three (3) points at St James Park as Tammy Abraham's goal and Federico Fernández's own goal push The Blues temporarily to the top of the table.

AllNews understands that the win against Newcastle pushed Chelsea to the top of the table temporarily before other teams in the EPL, also Mendy keeps extending his clean sheet in the Premier League.

Chelsea opened the scoring in the day from an own goal from Newcastle defender, Federico Fernández as he tried to clear a ball from Werner running across goal but he ended up tucking it into his own net.

The first half ended 1-0 with Chelsea trying to extend the lead or Newcastle trying to restore parity.

Chelsea finished off the game through Tammy Abraham in the 65th minute of the second half as the English man scored his fifth goal of the season.

Timo Werner ran past three defenders and sent the ball to Tammy Abraham who converted it coolly into the net.

Chelsea moves into first place on the table with 18 points.

Chelsea faces Rennes next in the Champions League and Tottenham in the EPL, while Newcastle faces Crystal Palace.