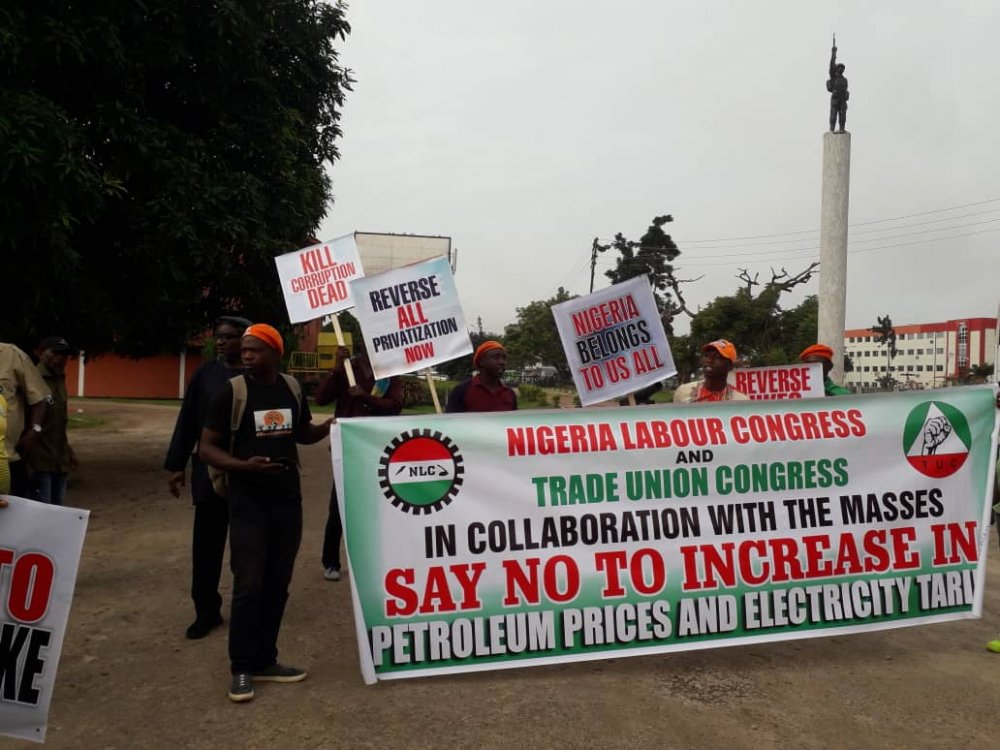 The Nigeria Labour Congress (NLC) in Edo State on Monday took to the streets of Benin to protest the increase in fuel price and electricity tariff despite the union's national leadership's decision to suspend the strike action.

Leading the protest, Sunny Osayande, the Edo State Chairman of the NLC, and Marshall Ohue, the Chairman of  Trade Union Congress (TUC) held that the decision to suspend the planned strike action was made in a haste without the consultation of the National Executive Council (NEC) and key stakeholders of the union across the country.

According to the Edo State NLC chairman, the move by the union's national leadership had weakened the labour movement in the country.

He further noted that "workers cannot continue to remain in the hands of the few who will mortgage our conscience because next time when we call on our labour leaders, they will not believe is us or the struggle.”

They lamented that the action of the labour leadership belittles their efforts as well.

“We are supposed to be the voice of the common man on the street,” TUC leader, Ohue said.

The Edo State chapter of the union insisted that the government revert to the old fuel price and electricity tariff.

The union also asked the government to fix the nation's refineries immediately.

AllNews had earlier reported how the organized labour at the early hours of Monday suspended its planned strike action after a meeting with the Federal Government that ended at around minutes to 3 am on Monday.

The labour union revealed that it suspended its strike action after an agreement was reached between with the federal government delegates.