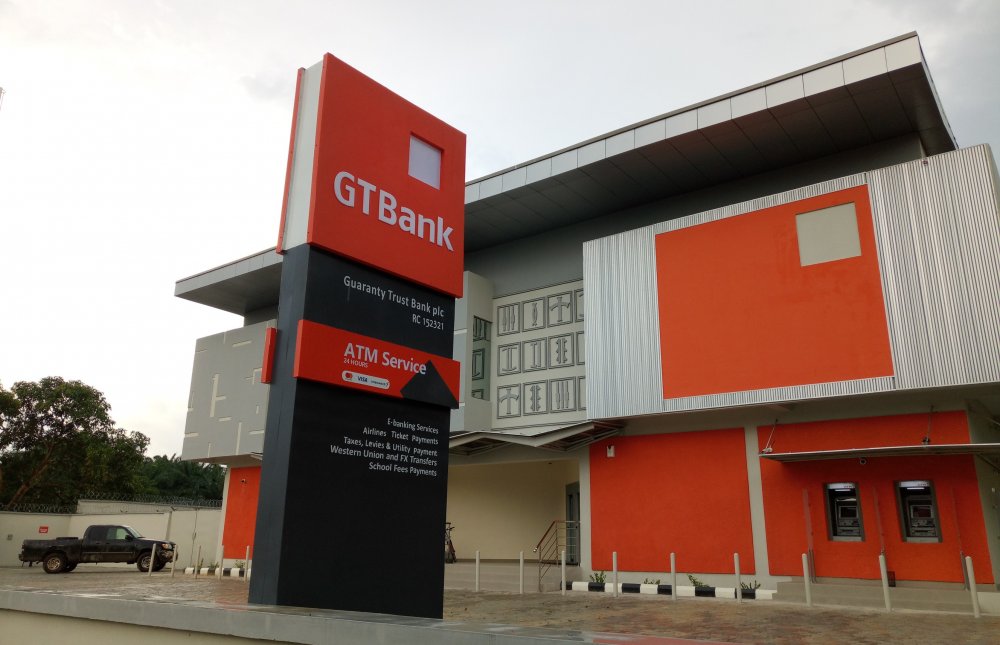 One of the affected customer, Funke Adeoye said GTBank transferred NGN200,000 from her account balance to an account belonging to Bet9ja, but gave her flimsy reasons for the deduction, and another GTBank customer, Abimbola Omolade, said NGN45,900 was transfered from his GTBank account to a Sporty bet account.

She stated that her sister woke to the debit, "My sister woke up to debit alerts from gtbank amounting to 500k and she didn’t authorized any of the transactions, all the monies were sent to a sporty account..." She added, "How is this possible!!! It appears our money isn’t even safe in any bank account." Obeahon said.

Meanwhile, for Adeoye, before the fraudulent transfer was done on her GTBank account, she had NGN700,000 in her account. She disclosed that she frequently uses Abule Tailor GTBank branch, in Abule Egba Area of Lagos State, and no one has access to her account PIN or Bank Verification Number (BVN) prior to the illegal transaction.

Adeoye explained that on Saturday, August 15, 2020, she received a debit alert on her GTBank account by 12:30 am, with NGN100,000 deducted twice from the account, and transferred to KC GAMING NETWORKS LTD, a bet9ja account located at 9 Funsho Williams Avenue Ojuelegba Lagos, Nigeria. Note that there was a UEFA Champions League match on this day between Manchester City and Lyon.

On the same day, Adeoye's GTBank account was debited to purchase NGN5,000 voice airtime six times without her authorisation - totalling the illegal deductions to NGN230,000. On her visit to the bank on Monday to complain about the use of her money to play Bet9ja and purchase airtime, she was told to come back 48hours after, since then, Adeoye's effort to get her money and explanation for the illegal usage of her account for betting have yielded no result. According to Omolade, he said, "I was also a victim of this same thing also some weeks back, gtbank has only told me I'm careless with my ATM even when am sure I kept it well. A total of 45,900." Also, Obeahon said GTBank didn't give them any valid answer to how the money was transferred during the enquiry.

Adeoye said, “I was advised to inform the police about what happened to my money and I went to Ikeja police command to lodge a complaint, hoping to receive a positive response from the bank but nothing has been done till now. I’m strongly of the opinion that they intentionally defrauded me and use my money to play bet9ja over the weekend.”

“As a reputable organization, they can’t swing into action immediately to get who defrauded their customer? You forwarded my money to KC Gaming Network Ltd and you can’t do anything about it, even the numbers that were used to purchase five thousand naira recharge card are showing on your system.

“Even inside the bank a customer who has had such similar experience advised me to take legal action because if I don’t, GTBank will not look into the matter and they will not refund the money, he told me the bank is now becoming fraudulent nowadays," Adeoye said.

GTBank, Others' Failure To Take Blame For Bank Fraud

In Nigeria, most banks blame customers when an illegal transaction or transfer is made with their accounts. Nigerian banks want customers to believe banks' internal security is tight, so when any illegal activity is carried out on a customer's account, it's due to the customer's carelessness.

Although Access Bank denied the claim of the hacker, fraudsters have been contacting the bank's customers prior to the video, in a bid to defraud the customers. Tech entrepreneur, Victor Asemota, had also criticised Access Bank, stating that hackers are now using Access Bànk to hack other banks.

FCMB had also debited its customers' accounts and transferred NGN573 million to the church account belonging to Pastor Emmanuel Omale - Pastor of former anti-graft, EFCC, acting chairman, Ibrahim Magu - in 2016, only to claim the transfer was a mistake four years after a Presidential criminal panel traced the money. Part of the money transferred to Omale's church account was allegedly used by the clergyman to buy properties for Magu.

Note that email enquiry sent to GTBank wasn't responded to as at the time of filing this report.