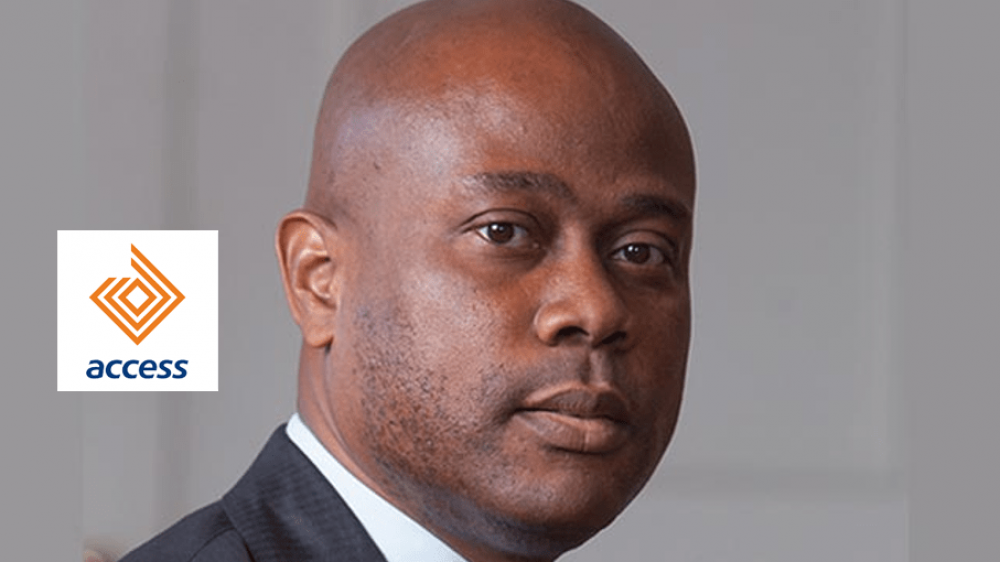 Access Bank continues to be in the news for all the bad reasons lately as the Herbert Wigwe-led bank is in a faceoff with its former employees that were sacked during the COVID-19 outbreak period.

Over 4000 employees were reportedly sacked without any entitlement - after working at Access Bank for several years - yet Access Bank has spent over NGN2 billion on the company's board in the past nine months.

The sacked workers stormed the head office of Access Bank to demand their entitlement which hasn't been paid to them six months after their retrenchment. The former employees were seen lifting placards with various description accusing Access Bank of unfair treatment and discarding their workers after years of loyalty to the lender.

It has been seven months since the workers were sacked by Access Bank without pay-off package. During these months, Access Bank has spent about NGN1.63 billion on its board; this is between Q2 and Q3 of this year, while within nine months (including Q1) of 2020, the lender recorded over NGN2 billion as board expenses.

AllNews findings showed that after the sack of the employees during COVID-19 pandemic, the board expenses almost doubled, rising from the NGN427.21 million spent on the board in Q1 (prior to the sack), to NGN712.99 million spent in second quarter (Q2).

The board expenses headed towards a billion naira during the third quarter (Q3), as Access Bank splashed NGN921.3 million on board expenses - while still owing sacked workers their employee benefit.

The former Access Bank employees carried placard that disclosed over 4000 of them were sacked by Access Bank. The sacked employees said they were sacked and haven't been compensated despite Access Bank declaring a profit margin of NGN102.3 billion.

AllNews gathered from Access Bank financials that, "The Bank operates a funded, defined contribution pension scheme for employees. Employees and the Bank contribute 8% and 10% respectively of the qualifying staff salary in line with the provisions of the Pension Reforms Act 2014."

Under Access Bank benefit policy, AllNews learnt that, "Termination benefits are payable when employment is terminated by the group (Access Bank) before the normal retirement date, or whenever an employee accepts voluntary redundancy in exchange for these benefits," However, despite the employee benefits outlined, Access Bank hasn't awarded the workers whose employment was terminated.

The sack affected teller handlers, customer care representatives, and several non-essential workers like security personnel and cleaners; in all, 75% workforce were mentioned to lose their job. Wigwe also disclosed that those considered essential workers will take a pay cut, similarly with the company's management, starting from him. Wigwe claimed he would get a 40% pay cut.

The Access Bank Chief Executive Officer said the retrenchment of the workers is a "genuine and compassionate plan to protect our staff and help keep jobs in the unfolding macroeconomic environment."

After the sack was trailed by criticism from Nigerians, Wigwe backtracked, as Access Bank stated that it is not sacking 75% of its workforce, but only limiting the number of out-sourced workers that the bank will need during the COVID-19 period and skeleton operation.

His statement didn't change the fact that many workers, including tellers and customer care representative have been terminated from Access Bank payroll. Amid the criticism, the Central Bank of Nigeria (CBN) directed banks to suspend the sacking of any category of staff during the COVID-19 period.

Despite the directive, Access Bank didn't recall the sack staff. CBN had stated that, "In order to help minimize and mitigate the negative impact of the COVID-19 pandemic on families and livelihoods, no bank in Nigeria shall retrench or lay-off any staff of any cadre (including full-time and part-time)." Seven months later, the sacked workers have not only remained sacked, but are also owed entitlement.

AllNews reached out to Access Bank over the accusation by the sacked employees, the lender said it is aware of the protest and will react at an appropriate time.