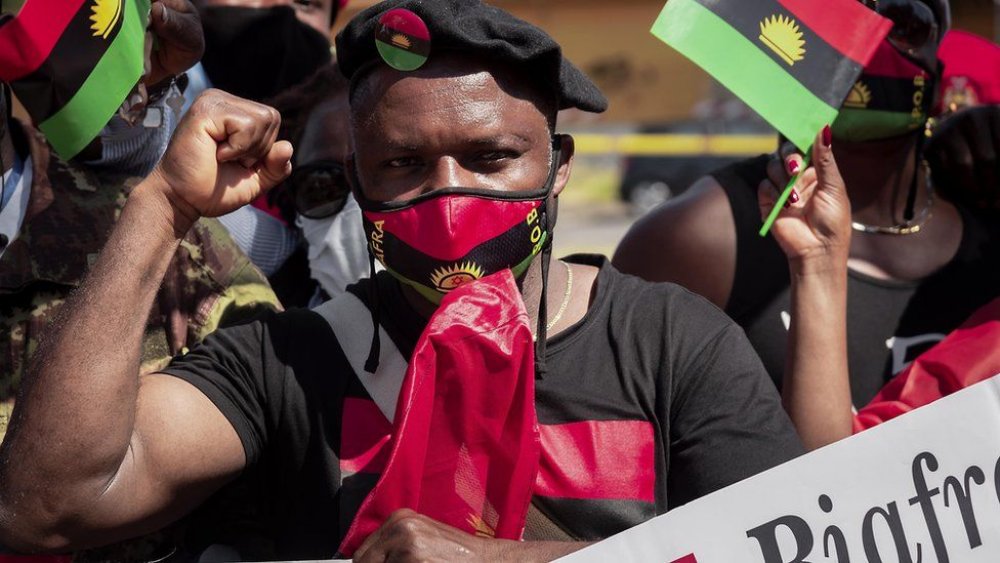 The outlawed Indigenous People of Biafra has called on Nigerians and its global supporters to disregard as fake news the statement and audio notes making the rounds that Rivers State Governor, Nyesom Wike, and the senator representing Anambra South in the Senate, Ifeanyi Ubah, were among those who facilitated the rearrest of its leader, Nnamdi Kanu.

The group, however, said a probe that would reveal their alleged involvement had been begun.

According to the group, the statement, which was maliciously credited to its Directorate of Media and Publicity, was being peddled by agents of confusion, stressing that at the moment, nothing had indicted Wike and Ubah in Kanu’s repatriation to Nigeria.

The secessionist group said in a statement signed by its Director of Media and Publicity with the pseudonym, Emma Powerful, it had no evidence to link Wike and Ubah to the “unlawful” rearrest of its leader and called on its supporters to ignore the politics behind the statement.

IPOB's recent statement read in part, “The attention of the global movement of the Indigenous People of Biafra, ably led by our great leader, Mazi Nnamdi Kanu, has been drawn to the false and malicious press statement and audio being circulated and purported to have been issued by our Media and Publicity Secretary, Emma Powerful. In the said statement, Powerful was quoted as accusing Senator Ifeanyi Uba and Governor Nyesom Wike of colluding with the enemies and facilitating the betrayal and abduction of our leader, Mazi Nnamdi Kanu, in Kenya.

“We, therefore, wish to dissociate ourselves from the fake statement being peddled by agents of confusion. Our publicity secretary never at any time linked Senator Ifeanyi Uba or Governor Wike with the wicked betrayal of our leader, Mazi Nnamdi Kanu. If they were involved in the dirty deal, our investigations into the matter will reveal it. But for now, we have no evidence to link them with the atrocity. IPOB does not act based on speculation or rumour. Our assertions are evidence-based and products of credible intelligence.”

IPOB says it wants to restore an independent state of Biafra in the South East of Nigeria through an independence referendum.