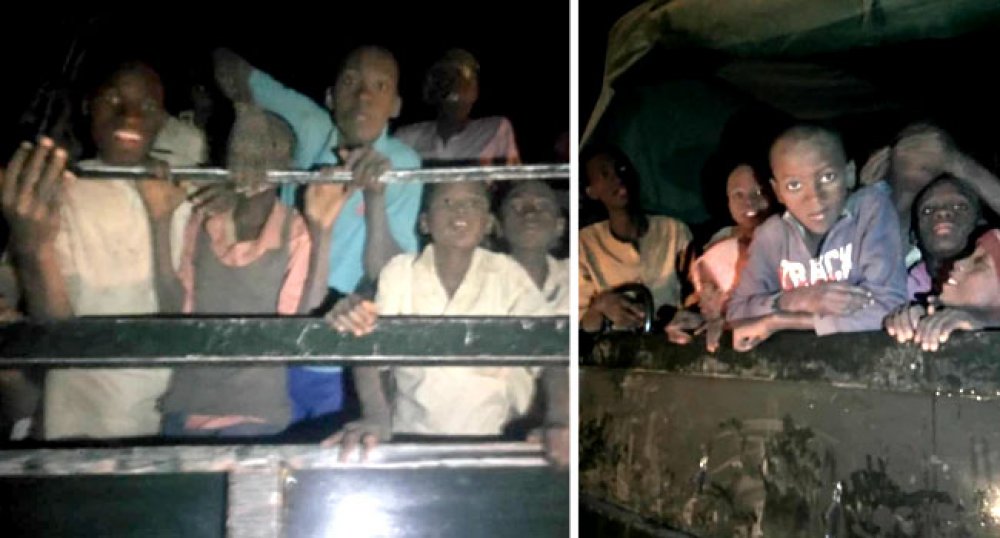 Meanwhile, the Governor of the State, Aminu Masari had on Thursday night confirmed the release of 344 abducted schoolboys, adding that the boys were at Tsafe, Zamfara State, and would be transported to Kankara today.

The schoolboys were subsequently taken to Zamfara forest from where they were released by their abductors on Thursday after spending nearly seven days in captivity.

Upon return, some of the schoolboys were still clothed in their school uniforms and they are led to an expansive hall in the Government House where they were received by Governor Aminu Masari.

The children were said to have been ferried into the state capital on Friday morning by security operatives and have undergone medical examination.

Gunmen on motorcycles had invaded the school premises last Friday and abducted over 300 students after a gun duel with the police.

Boko Haram had claimed responsibility for the abduction, but Masari disputed the claim, saying bandits were responsible for the attack and that the state government knew the abductors of the schoolboys.

A top government official on Thursday said that 340 schoolboys were released, but it is unclear if a ransom was paid to secure their freedom, however, Masari said no ransom was paid.

This online news platform recalls that the abduction took place some hours after President, Muhammadu Buhari arrived in Daura, Katsina for a week-long private visit.

The Kankara students’ abduction is not the first in the history of the nation.

Non-state actors had in the past abducted hundreds of secondary school girls from Chibok, in Borno State; and Dapchi in Yobe State. Some of them eventually regained freedom while a number of them were detained in the enclaves of their abductors and sexual abusers.