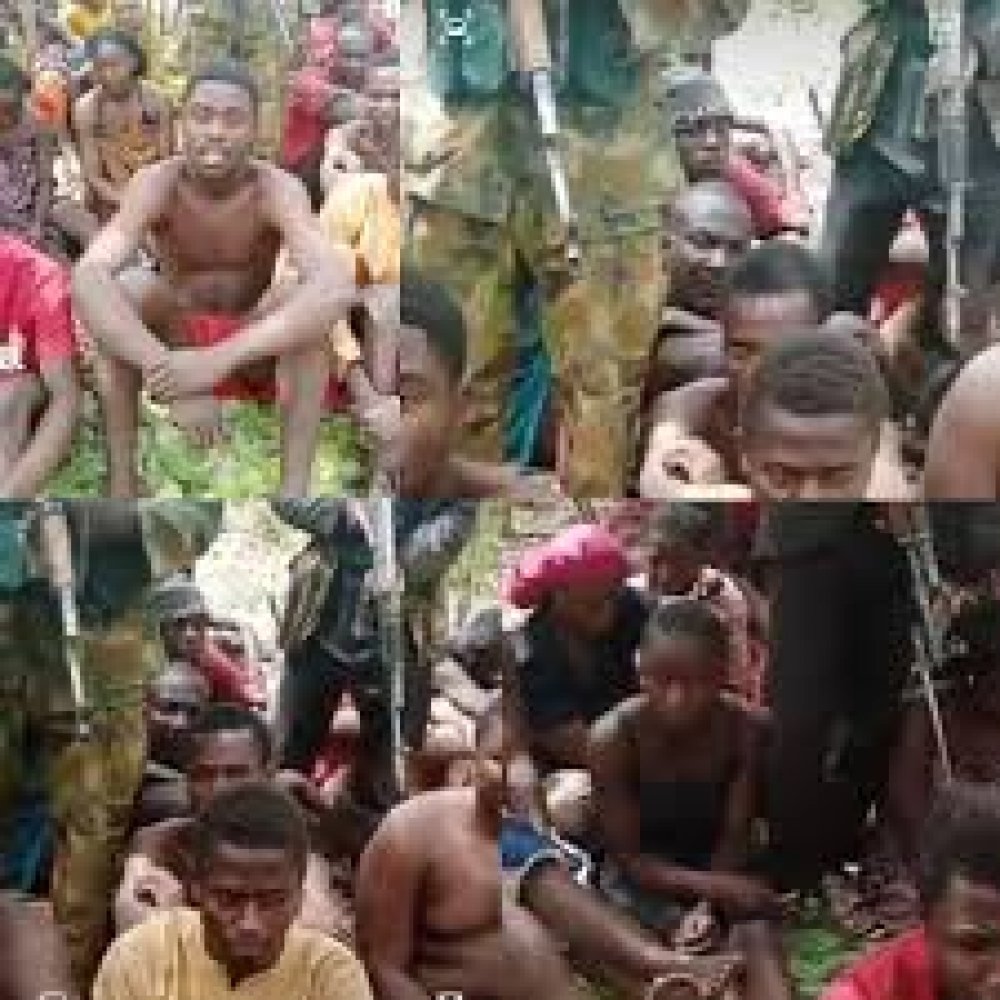 Kidnappers who abducted students of the Federal College of Forestry Mechanisation, Afaka, Igabi local government area of Kaduna State, have requested a ransom of N500 million to release the students.

AllNews Nigeria gathered that three parents of the victims confirmed that the bandits requested for the sum of N500 million and released videos showing the abductees in the forest.

In the first video released on Friday at 1:07 pm through the Facebook account of Kelvita K. Dan, the 30 seconds video showed the abducted students in what appeared to be a forest area following which the gunmen pointed at a man in a red shirt and asked him to speak. “My name is Abubakar Yakubu,” he said.

“A student of Federal College of Forestry Mechanisation Kaduna. I am appealing to the Governor of Kaduna State, the state government, and the Federal government,” before the video ended.

READ ALSO; VIDEO: 'I Was Raped 5 Times' - Iyabo Ojo Speaks On Her Experience

In the second video posted around, 11:30 am on Saturday, the gunmen were seen flogging the students while they screamed and appealed to the government to come to their rescue.

“Our life is in danger, just give them what they want,” some of the students screamed.

Others said: “They should just pay the ransom and allow us to go, our parents need us.”

The third video showed a gun pointed to a man identified as Benson Emmanuel who appealed to the government to secure their release.

“Most of us here have been badly injure, time is going, most of us here are having health issues and they are complaining about the government trying to send security operatives to come and rescue us which is almost impossible, because they have surrounded us saying anybody that comes from anywhere to try to rescue us or do anything by force, they are going to take our lives.”

In the video, the voice of one of the bandits could be heard in Hausa saying a female should be allowed to speak and the camera was panned to a woman identified as Maman Ahmed.

Speaking in Hausa, she said: “Salamu Alaikum, I am one of the students that were abducted from Forestry Mechanisation the day before yesterday. We are appealing to the government to help us.

"We heard they are saying that they will send soldiers to rescue us, we are urging them not to send anyone because they have assured us that if soldiers come, none of us will return home,” she said.