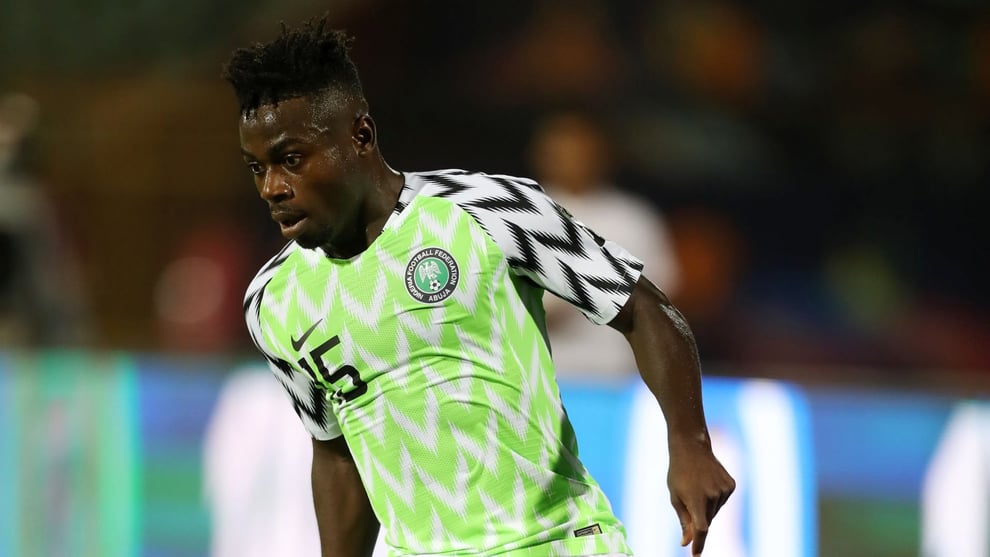 Super Eagles winger Moses Simon has faulted the referee's performance in the 2-1 loss to Algeria on Tuesday night in Oran.

The Super Eagles took the lead in the eighth minute through Terem Moffi’s instinctive finish to stun the hosts.

Manchester City star Riyad Mahrez restored parity for Algeria from the spot after Frank Onyeka was penalized for a clumsy tackle five minutes before halftime.

At the hour mark, Youcef Atal's long-range effort embarrassingly beat Francis Uzoho in goal to give Algeria a 2-1 lead and ultimately the win to continue their winning run against Nigeria.

Nantes star has heaped the blame on the referee for the defeat.

“Actually, the game did not go the way we planned it. But it’s part of the job because we learn every day. And I believe we will pick a lot from it.

“We all know that the referee did not give us justice. But then the coach said we should forget about it and keep fighting.

"We just need to encourage and motivate ourselves because we play for pride, we play for our family and the Nigerian fans.

"I believe we did our best, but it did not go as planned.”

On Friday, the Super Eagles played out a 2-2 draw with Algeria's home-based team.

Jose Peseiro has now failed to win any of his friendly games as the Super Eagles manager losing all three against Mexico, Ecuador, and Algeria.

Up next for Nigeria is another friendly match with Portugal in November.