NIJ: An Institute In Search Of Student Leadership 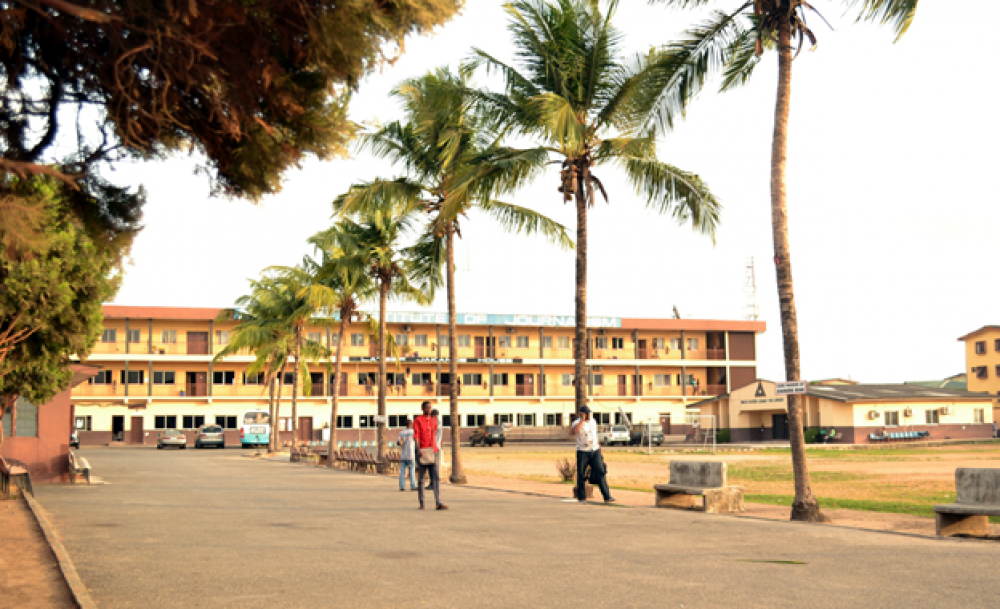 Recent events within the four walls of the premier school of journalism, the Nigerian Institute of Journalism, NIJ, have once again forced my hands and propelled me to make another intervention, this time, a rallying call on the gradually declining dearth of proactive and visionary student leaders for the institute.

Powerful deluding image, joyful illusions, and the beauty of appearance in having attained the highest ‘office’ allowed students within the institute, without commensurate efforts to better the lot of students have been the undoing of student leaders of the institute who ‘stumble’ into power.

It is crucial that this intervention, as I like to call it, is not seen as an attack; instead, as a wake-up call on the need to look inward and do the needful. It is also an awakening call to the docile students to rise from their slumber and hold the leadership accountable.

The Students Representative Council (SRC) – an umbrella body of students – was instituted in order to cater to the many financial inabilities of the students, moral/academic touchstone for the students, while also serving as a bastion of hope for them on some peculiar concerns. The body was established on the ethos of decency as well as pushing the boundaries of academia through active and intentional services that would not only expand the students’ horizon, but also bolster existing principles guiding the institute. Sadly, that culture has eluded the SRC and its guiding principles lost in the disconcerting display of heightened mediocrity.

Daily, students of the institute are inundated with a myriad of challenges that need the listening ear of the SRC. The issue of students being charged for the non-functional school portal, amongst many other salient matters, is part of the interventions the students patiently await the SRC to address. How long they wait is dependant on how fast they can rise in unison and demand for a better representation.

The annual Students' Week, a six-day event set aside for students to unwind from the academic rigours of the institute, is slowly becoming the albatross of the SRC. While it is paramount to plan ahead of the funfair, which most times, to the myopic minded, is a determinant of how successful one's tenure is, it is advisable that the SRC puts in the same effort into students welfarism as it does the Students' Week. How do you expect students to celebrate when their colleagues have deferred their admissions over failure to write exams? Who will be left to dance and wine during the one-week event when students have carry-overs to battle with over the inability of the SRC to reach a compromise with the management on tuition fees?

Running a one-person show, appointments on sentiments, and jettisoning the age-long idea of having the Vice-Chairman of the SRC from the HND 1 ( To allow tutelage) are all signs of a man grasping for straws.  The SRC should be a place for inclusive leadership. From records of the SRC, those who ran a one-person show have been confined to the annals of history — long forgotten!

Attaining the post of the SRC Chairman is a privilege, and it will forever remain so, like every post reached in life.  Sometimes, it involves a lot of scheming, treachery, and a little 'the end justifies the means' moves to emerge as the students’ leader. However, there is one goal to it all - to serve. To put the interest of the students first at all times. When there is a growing disconnect between the students and their leaders, then there is a need for sober reflection.

It is time for the toothless SRC to grow some set of teeth. It is time for the students, who pay the compulsory one thousand naira SRC fee, to demand more from the students' body. Nobody, no administration can hold the record for the best Students' Week in the history of the school, and anyone chasing that is only chasing shadows. What a well-meaning leader would instead pursue is a legacy — what he/she would be remembered for long after the clouds of dust have settled. No one sees the efforts, only results count!

Few of the past SRC leaders of the institute gave their all, stamped their names on the footprint of time in leaving behind legacies that speak long after their exit. For such people, their dreams of seeing the SRC morph into a Student Union Government (SUG) is gradually fading away, like a wisp of smoke in a winter period. The labours of these heroes' past should not be in vain.