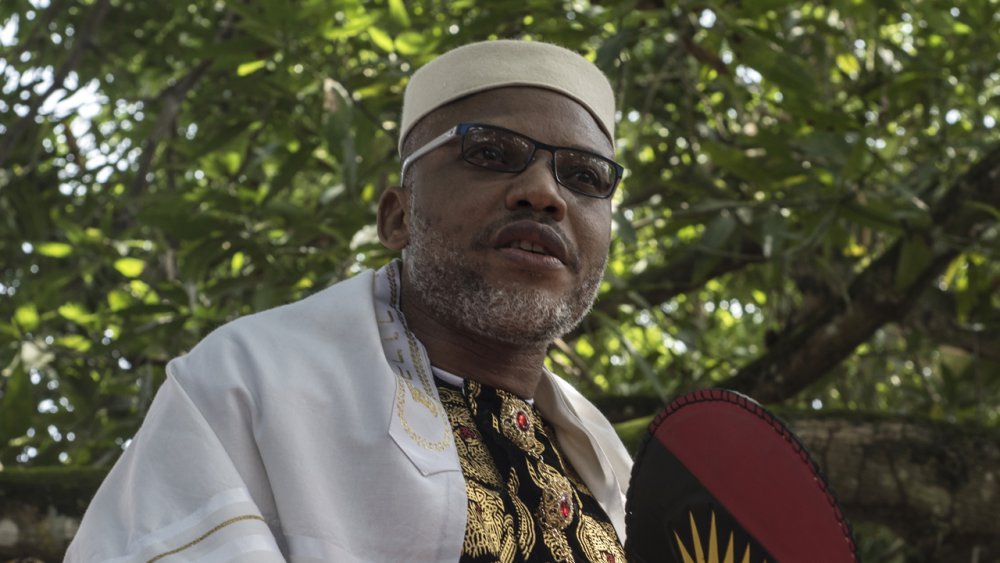 The leader of the Indigenous People of Biafra (IPOB), Nnamdi Kanu, has claimed that his outlawed group has "many enemies".

Kanu, a Biafra political activist, during his routine broadcast last Sunday lambasted Vanguard, The Punch, The Nation, and The Sun Newspapers, accusing them of trying to paint his activities in a bad light.

"Do you have an idea how many enemies we are confronting every blessed day?" Kanu asked rhetorically.

"Do you know that they paid Vanguard, Nation newspaper, Punch and Sun.

"Are you aware that they gave them very huge amount of money in December (2020) to attack us and attack Eastern Security Network (ESN)?

"Go to Google now and type Nnamdi Kanu on your Google search. All the news about me is about 'this group said no to ESN', 'repatriate Nnamdi Kanu'. All bad news.

"They paid Google as well.

"They give money to Vanguard and to Punch, and all these idiots. They write their junk.

"Then, they go to Google and ask them to boost it."

READ ALSO: Nobody Needs To Be Killed For Biafra - Nnamdi Kanu's Counsel

Meanwhile, Kanu did not specifically mention the people he claimed paid these Nigerian newspapers.

Speaking further, in his last online broadcast, Kanu stated that the enormity of the Biafra task is "enormous".

The 53-year-old insisted he will remain resolute and unswerving in his demands for a Biafran nation.