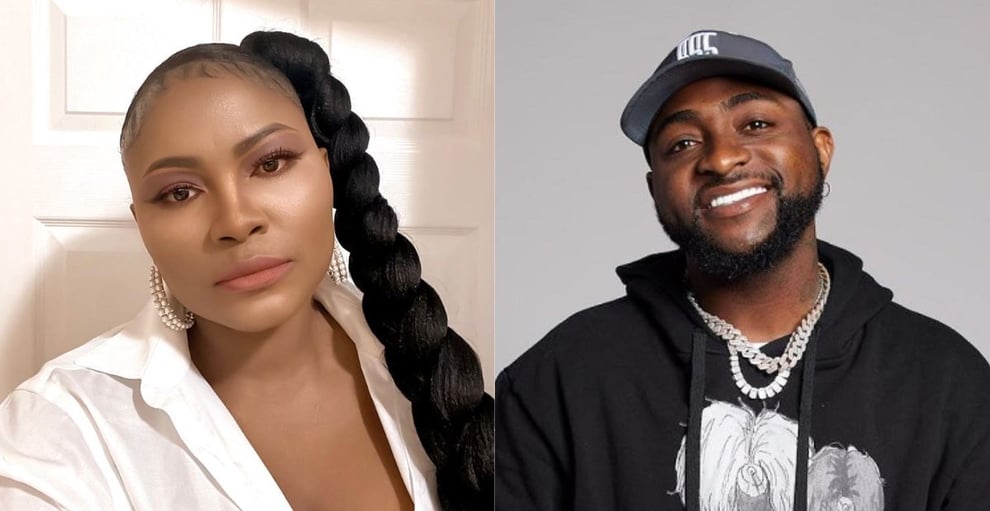 Nollywood actress Sonia Ogiri has taken it upon herself to advise singer Davido against having another baby mama.

Her advice comes a few days after Davido was spotted with his second son, Dawson, from his fourth baby mama, a London-based makeup artist named Larissa London.

On her Instastory on Wednesday evening, Ogiri said that it is time to pray for Davido after seeing the ‘Fall’ hitmaker with Dawson.

She further advised him to get married to his first baby mama, Sophia Momodu, if he is not willing to wed his widely beloved ex-fiancée, Chioma Rowland.

“Who else is thinking what I'm thinking?

"After seeing Davido's 4th child, it's high time we pray for his marriage.

"My love for him is incomparable to another hence I tag him my BEST artist in the world,” Ogiri wrote.

“Please Davido, no more baby mama, if you won't settle with Chi who we've been praying for, we will be so happy for you to take your first love Sophia.

“I don't know who advised Chi to join the babymama table after the much love he showed publicly which we all saw clearly how he was ready to marry her.

"Not getting pregnant in the midst of that hot love would have made them end up together by now, you know when e dey hot hot.

“I feel so bad for that situation each time they cross my mind.

"In all, a big congratulations to the new addition.” 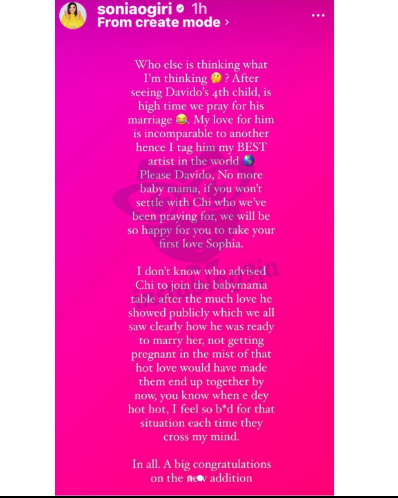