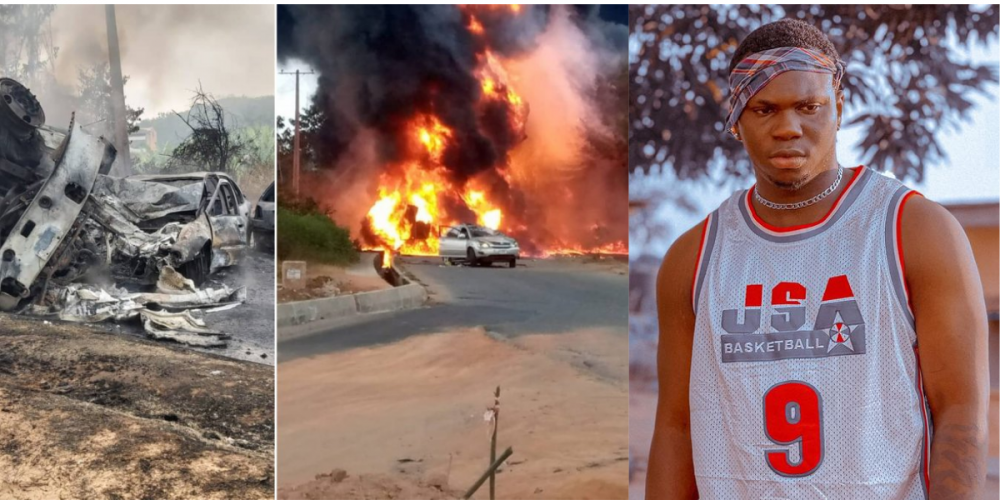 Nollywood actress Omowunmi Ajiboye Ogungbe sent a condolence message to a rising Nollywood actor Ayobami Daniel who lost his car in a tanker explosion in Abeokuta, the capital of Ogun State.

The fuel tanker exploded around 8:15 am on Tuesday morning on the Presidential Boulevard Road around Guaranty Trust Bank opposite Alaba Lawson Schools, Kuto, Abeokuta in Ogun State, southwest Nigeria.

According to Ajiboye, the explosion happened just in front of her son’s school some minutes after she dropped him off.

The actress also gave thanks to God for not making her mourn over her son as she called on fans and followers to join her thanking God.

“This incident happened at the front of my Son school @obadaraogungbe not up to 5min we dropped him? Thank you, Lord, for not giving me any reason to mourn over my son and family. Pleases fam, help me thank God on behalf of me and my family,” she added.

READ MORE ON THE EXPLOSION

A visit to Daniel’s page shows that he is yet to put out any information about what has happened.

But Ajiboye is close to Daniel. Both of them are based in the ancient city of Abeokuta. Ajiboye is married to popular Nigerian filmmaker, Segun Ogungbe who is also based in the city.

READ ALSO: Why You Should School Your Kids At Home - Freeze (VIDEO)

Omowunmi featured in most of her husband’s movies and had starred in other movies such as Aayo Elemu, Oriki Ife, Akudaya, Ounje Ajeku and so on.

She has worked with top actors such as Odunlade Adekola and Femi Adebayo.