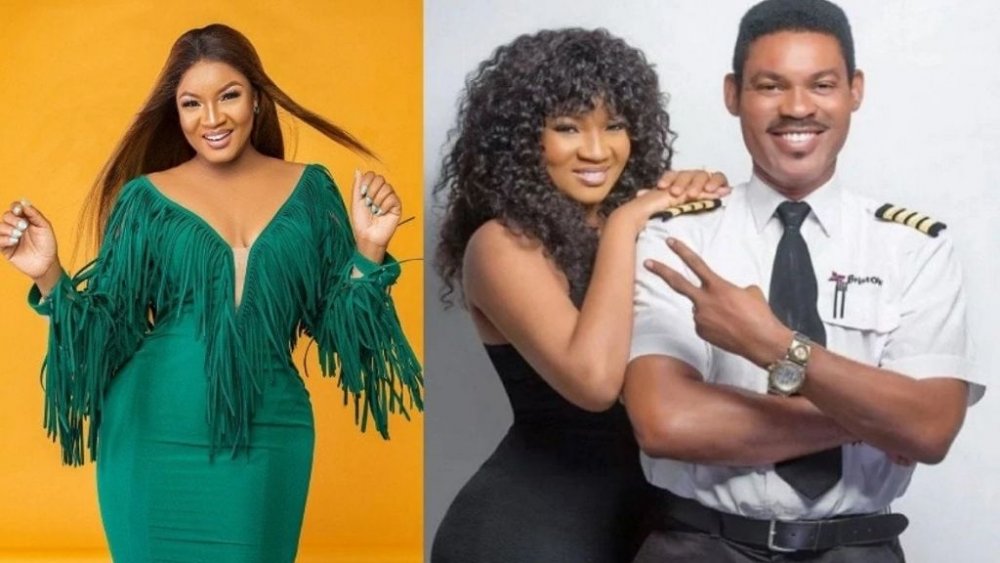 Nollywood actress and former model, Omotola Jalade Ekeinde, and her husband, Captain Matthew Ekeinde, got married in 1996 and are celebrating 25 years of marriage today.

Omotola took to her Instagram to share an adorable photo of herself and her husband to mark the anniversary.

Captioning the photo, she wrote; "25 Years Strong! Happy Marriage Anniversary to us."

It is also a double celebration as their anniversary coincides with Matthew's birthday. To celebrate her captain, the actress posted more photos of him.

The couple met in church in 1994 when Omotola was sixteen and Matthew twenty-six. After two years, Matthew proposed to her and they tied the knot.

Although they got married in 1996, it was not until 2001 that they had their dream wedding with a number of friends and family onboard a Dash 7 aircraft while flying from Lagos to Benin.

In the course of their 25 years marriage journey, they have been blessed with four children; M.J., Micheal, Princess, and Meraiah Ekeinde.

Being public figures, their marriage was not spared the usual infidelity rumour and in January, a report by a popular Instagram blog, Gistlover, alleged that Omotola is romantically linked with Nigerian politician, Adams Oshiomole even though the allegation had no substantial proof to back it up.

Reacting to the accusation, the 43-year-old actress slammed the blog, demanding that the blog finish and prove the story. She also gave the blog an ultimatum of 24 hours to prove their allegation and called on her fans, Osexynationals, to report Gistlover’s Instagram account.