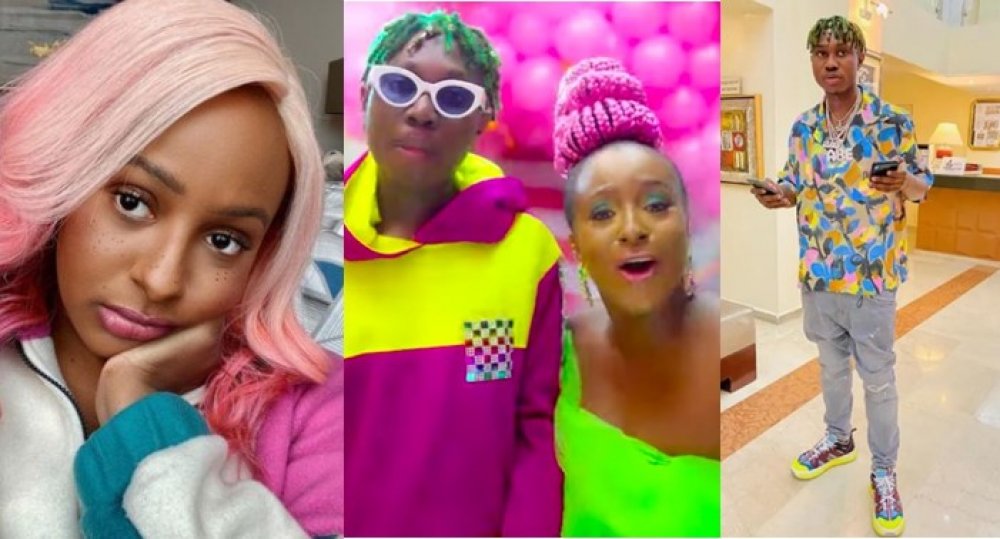 The ongoing feud between rapper, Zlatan, and billionaire heiress, DJ Cuppy, is getting turned up as Davido’s Logistic Manager, Afeare Isreal, disclose the source of tension.

Earlier this year, Cuppy had cried out on Twitter, wondering why the rapper blocked her on Whatsapp and Instagram despite working on a single, ‘Gelato’ together.

When asked what transpired during a feature on Soundcity, Zlatan denied knowing who Cuppy is.

However, Israel via Instagram hailed Zlatan for ‘flushing out a full fake friend like Cuppy.’ He revealed that Cuppy refused to pay Zlatan for the hit collabo they did and also took the rapper for her fundraising in Abuja but didn’t cater for his accommodation despite raising billions of naira.

The new disclosure has generated reactions from Twitter users. While some blamed Cuppy for using Zlatan, others blamed Zlatan for not having a formal agreement with Cuppy.

*Cuppy calling other artistes for a feature*

Cuppy and Zlatan matter is another reason for u to hear from both sides before you judge anyone.

Cuppy when it was time for her to pay zlatan pic.twitter.com/ItDlliGcLA

Zlatan didn’t even say a word about Cuppy, baba just blocked her in all socials and proceeded to block her out of his memory?. OG!

Zlatan see when Cuppy and them Otedola de share Billions for Abuja and nothing touch him hand
E vex enter studio record “Them go talk say money no de Lagos” ??

Until Zlatan and Cuppy respectively speak on the issue, I firmly believe that it’s premature to keep making vacillating postulations based on third-party opinions of what happened.

DJ Cuppy after Featuring Zlatan and Refuses To Pay pic.twitter.com/Zdcy7Efb8H

Zlatan is actually a real Gee and I fvck with people like him a lot. Cuppy did all of that to him and he never for once called her out. He just swallowed his L, blocked her stingy self and moved on.