Seyi Makinde: A Questionable Fate Of The PDP In The South-West 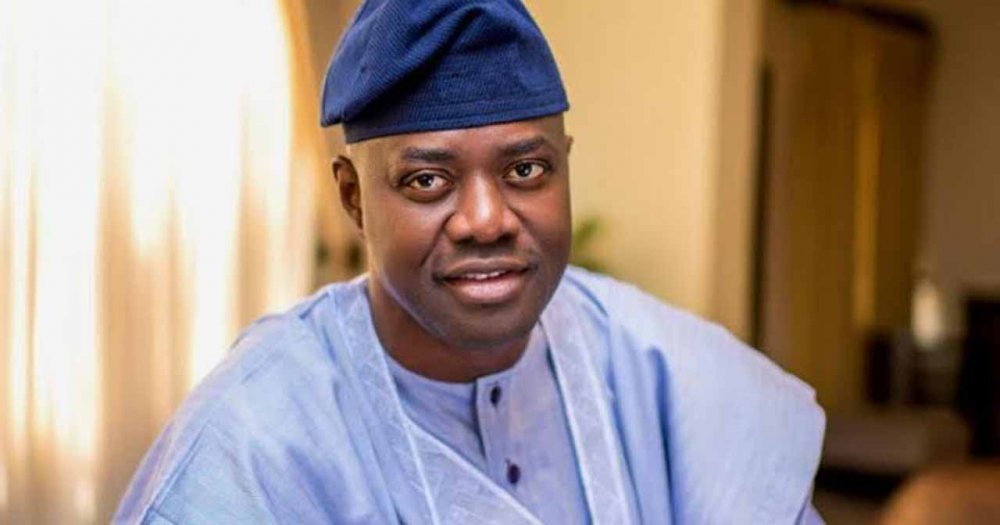 The Oyo State Governor, Seyi Makinde, is the only governor of the People’s Democratic Party in the South-West. This opportunity makes him the de facto the coordinator of the party's affairs in the region.

But things are not going for Makinde as it should be because some wings of the party are questioning his loyalty as the opposition's congress will be held in Osogbo, the Osun State Capital today, April 10, 2021.

The leading All Progressives Congress (APC) has so far been romancing top figures in the PDP and some of them have danced to the tune and join the APC.

Many Nigerians have lampooned Nigerian politicians, saying they lack integrity and ideology as they cross-carpet at will. Some of them, even sitting governors have been criticised for not having manifestos for the political office they hold. Their successes have been associated with many woes confronting Nigeria such as poverty, unemployment, illiteracy to mention few.

The Oyo State Governor has also been reported to have been making a move to join the ruling APC. Makinde denied the report through his Chief Press Secretary, Taiwo Adisa, who claimed in a statement that it was the Oyo APC that was wooing the governor because of his personality and achievement in Office.

Unfortunately, the Governor was knocked by the state APC for denying the move. The Personal Assistant (Media) to the State Caretaker Chairman, Chief Akin Oke, Olawale Sadare, said, “Gov. Makinde played the ostrich by denying apparent moves to join the APC through the back door.”

In 2015, it was reported that Makinde was persuaded to accept the senatorial ticket of the PDP but declined and left the party to join the Social Democratic Party (SDP).

Some of the PDP South-West leaders who are against him have described him as a sinking ship in Oyo State. They accused him of placing members of the SDP and the Action Democratic Congress (ADC) over and above those of the PDP.

Recall that the SDP, ADC and African Democratic Party (ADP) formed an alliance with the PDP in Oyo state governorship election in 2019 to defeat the candidate of the APC, Adebayo Adelabu.

But today, Makinde’s popularity is being challenged by a former governor of Ekiti State, Ayodele Fayose, with 756 delegates that will elect officials of the party in the South-West on Monday.

The Congress which was earlier scheduled to hold in Ibadan, the Oyo State Capital was shifted and postponed to Osogbo, the Osun State Capital.

Before the National Working Committee (NWC) of the party took the decision, Makinde warned that there would be consequences if the Congress was moved from Ibadan.

While some of the South-West leaders, obviously belonging to the camp of Fayose, argued that Ibadan was not safe for them as party patriots, the NWC said it has to be neutral in the congress and therefore, shifted the congress to another neutral venue.

While Makinde is drumming support for a former Deputy Governor of Oyo State, Taofeek Arapaja, Fayose is mobilizing for the former occupant of the Office, Dr. Eddy Olafeso, who is from Ondo State.

Olafeso had resigned to contest the party’s governorship ticket in the last Ondo State election. He lost the contest to Eyitayo Jegede (SAN).

A list of delegates to the congress released by the PDP indicated that Arapaja might have been granted a waiver by the NWC since his name was listed as one of the delegates from Oyo State.

Arapaja is a former Nigerian Ambassador to Jordan.

He had earlier defected to the African Democratic Party (ADP) but returned to the PDP a few months ago.

His name came third, following the names of Makinde and his deputy, Rauf Olaniyan, on the list of the 177 delegates for the state. Oyo state has the highest number of delegates among the six states in the south-west geo-political zone.

As the leading opposition needs to put its house in order ahead of 2023 general elections in Nigeria, the fate of the party lies in a man whose loyalty has some black dots on its white surface.

Though Makinde is the only governor of the party in the south-west, if his candidate emerged as the Chairman of the PDP South-West, its consequences may be graver for the party in future than opting for another option. This is due to the fact that Arapaja’s integrity cannot be guaranteed based on his political history in the party and that of his nominator. It is better for the party to lose a governor in the region and have a better home ahead of 2023 elections than to have a governor in the South-West and have a shaky home ahead of 2023.

A good leader must have a good record of loyalty and history. If the PDP must convince Nigerians of its readiness for 2023, the party must start electing leaders of integrity and loyalty in some strategic positions.