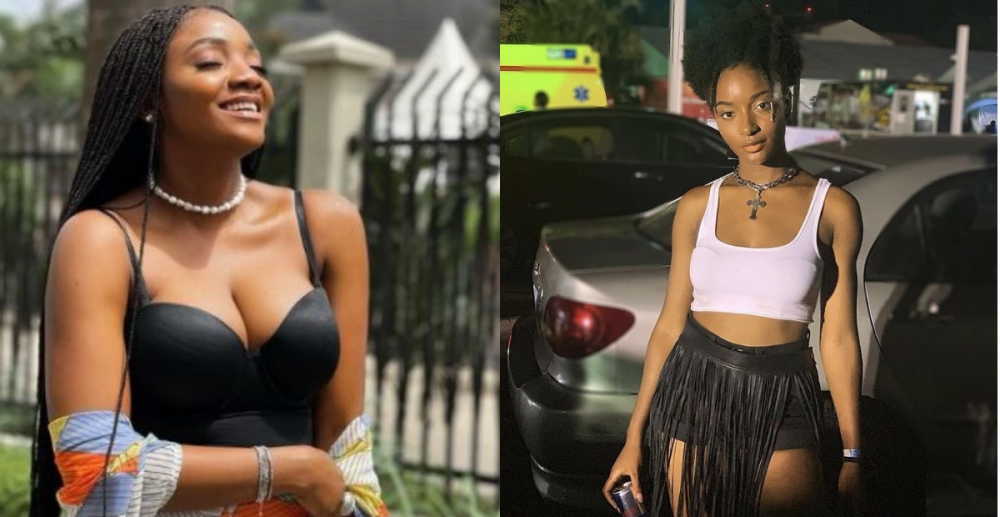 In a Twitter post, Simi said that it is an open secret that Ayra Starr is a big deal.

The 'Duduke' crooner wrote, "Ayra is the shit btw. Who don't know this?"

In response, Ayra Starr reposted it on her Instastory with the caption 'Queeeen!!!!' 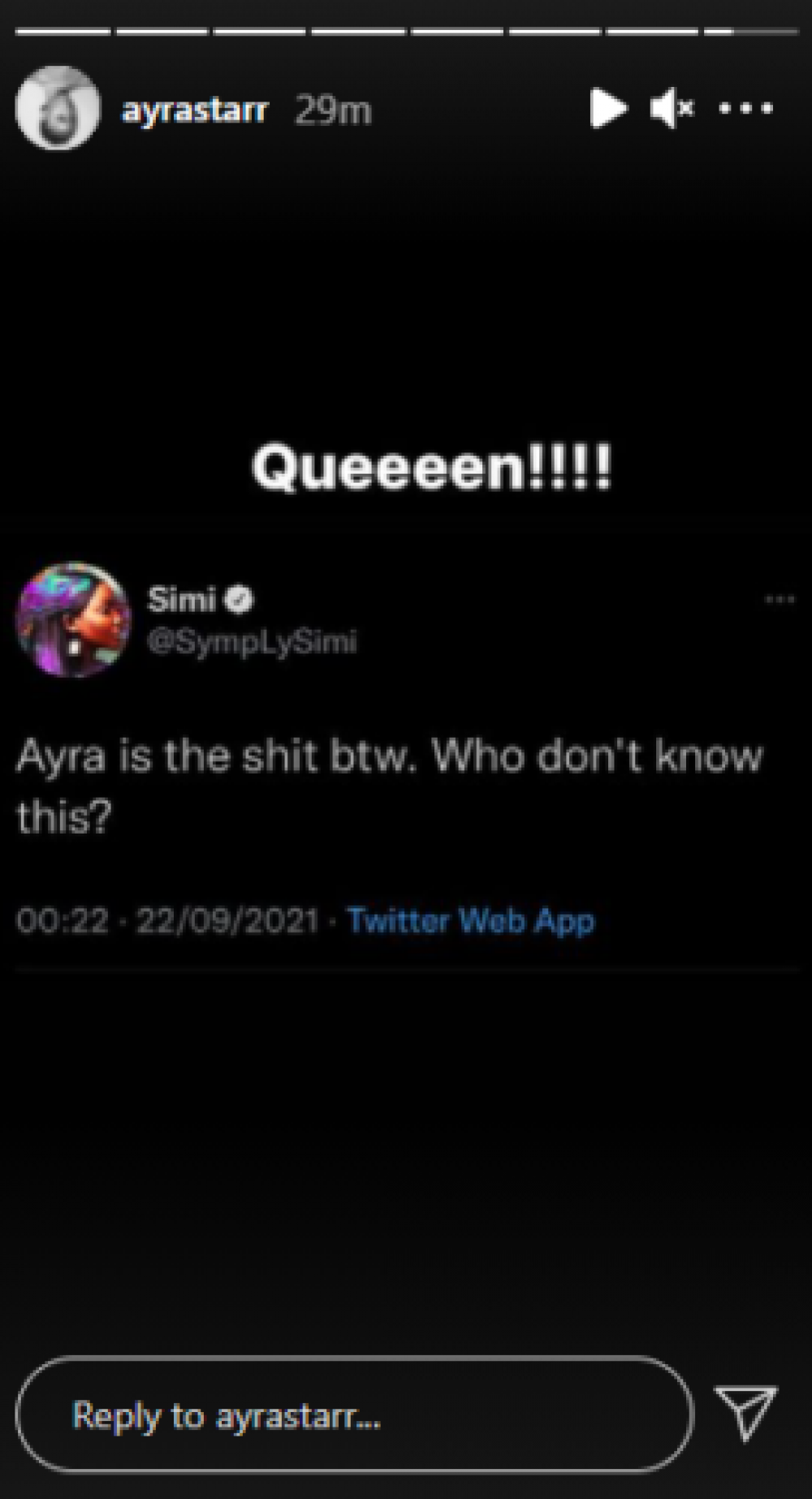 Earlier today, Simi and Ayra Starr shut down a Twitter troll who compared both of them.

The troll had implied that Simi fell off the music charts as people now listen to Arya Starr more than her.

Reacting to the comment, Simi knocked the Twitter user saying, “Ur papa wey no fall off, where he dem?”

Coming to Simi’s aid, Arya Starr hailed Simi, urging her to ignore the user who only wanted to gain relevance.