The Truth About 5G And Coronavirus In Nigeria 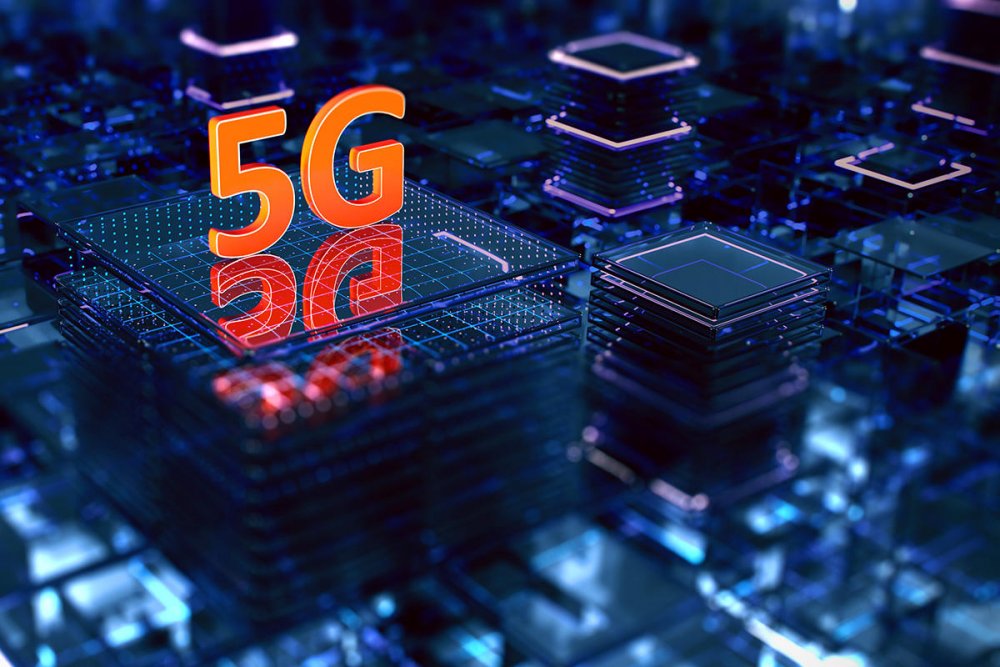 Numerous conspiracy theories circulated on and off social media claim that the fifth-generation wireless technology, (5G) mobile networks are the cause of the novel coronavirus (COVID-19) pandemic, AllNews reports.

While public figures in Nigeria like Dino Melaye and Pastor Chris Oyakhilome have bought into that claim and sold them to the public on Friday and Saturday respectively, the averment can be traced to March 16, 2020, when popular American singer Keri Hilson in series of now-deleted tweets asserted that covid-19 is caused by 5G.

“People have been trying to warn us about 5G for YEARS. Petitions, organizations, studies…what we’re going through is the effects of radiation. 5G launched in CHINA. Nov 1, 2019. People dropped dead,” Hilson wrote.

“Turn off 5G by disabling LTE!!! Why do you think the virus is not happening in Africa like that? Not a 5G region.

"There may be a few bases there, but not as prevalent as other countries. It has nothing to do with melanin.”

Hilson backed up her claim by sharing a viral YouTube video in which controversial American doctor Thomas Cowan, who remains on probation imposed by the Medical Board of California, argued that the novel coronavirus was created by 5G networks.

In his video, Cowan claimed that Wuhan (in China), the city where the novel coronavirus was first discovered in late 2019, was the first city wholly covered by 5G in the world.

Some of these claims about 5G causing novel coronavirus have been made in Facebook and WhatsApp posts shared hundreds of times.

Apart from the 5G allegation, some other conspiracy theories as China wanting to usurp the US as the world's most powerful nation; creation of a new world order (Anti-Christ) being proposed, amid other yet-to-be-verified statements are bandied around.

Apostle Suleman Johnson of the Omega Fire Ministries did air this conspiracy views too.

In fact, the televangelist categorically declared that covid-19 is not real.

"Covid-19 is an experiment. And now, they are rejoicing that they could shake the world. And they would wait for another two years," Suleman said.

"In 2022, something worse will happen and it would also originate from them.

"The world leaders are coming together to have a synergy that will make all religions have a common ground, and the Pope (Francis) is part of it.

"America is their target, but the President is their obstacle.

"America should not joke with the next election, because they all will support the opponents of the current President."

"The opponent is not the issue, but his running-mate is.

"Their current agenda is to humiliate him (Trump). They (referring to China) have succeeded in making him mockery in America while they are now free from it.

"But the prayers of the saint will reverse it and America will be healed.

"The virus was manufactured by these people. It is not a biological issue, it is a chemical weapon.

"Many people contracted it through testing. Once you go for the test, you are infected.

"The few that are not positive is to balance the equation. To make people believe it is real," Suleman had said.

About two months ago, Allnews had reported how the Nigeria Communication Commission (NCC) became the first network regulator in West Africa to try out the 5G.

Umar Danbatta, the Executive Vice Chairman of the Commission said that the 5G will be under three months trial before a proper decision on approval and rollout will be made.

Meanwhile, trails have started already in Abuja, Calabar, and Lagos to determine apart from internet speed, what other benefits will the new fifth-generation network guarantee.

Speaking on the purported release of the bulk frequency spectrum for the deployment of 5G, Isa Pantami on Saturday made clear that no licence has been issued for 5G in Nigeria.

In a statement obtained by Allnews, Pantami said the President Muhammadu Buhari administration will never seek technological advancement at the expense of the health and welfare of its citizens.

Pantami noted that the National Frequency Management Council (NFMC), “of which I am the Chairman, has not deliberated on or released any bulk frequency spectrum for the deployment of 5G.”

He said a three-month study trial had commenced on November 25, “in order to critically review and study the health and security implications of deploying 5G in Nigeria.

Pantami said the trial process has been concluded and the study and reporting process is currently ongoing.

“Government will not act on the speculations only, but rather we will take an informed decision on 5G after due consultation with experts and the public,” he said. “I have also directed the NCC to engage citizens on any questions or concerns they may have regarding 5G.

“I wish to thank the general public for reaching out to us on this issue.  We advise you all to remain rest assured that the government will always take the welfare, health, and security of the public into account while considering the deployment of any technology.”

Experts differ on which country leads in the commercial use of 5G, but agree that the top nations are China, South Korea (the first to launch in 2019), the United Kingdom and the United States.

In late October 2019, China rolled out the commercial use of 5G in 50 cities.

Not only did the novel coronavirus not get its start in pioneering South Korea, but the virus has gained a foothold in many countries (for example, Malaysia, Iran, France, Singapore, and Nigeria) without 5G networks.

While there have been health concerns regarding the use of 5G networks — and mobile networks in general — owing to radiation, this has nothing to do with the outbreak of viruses, experts told AFP.

Speaking to Keri Hilson’s claims, Yusuf Sambo, a researcher at the University of Glasgow who is testing 5G in Scotland, said: “I think she’s an amazing singer, but I am not sure she knows what she’s talking about. Yes, there are fears about the health implications of 5G but they have to do with cancer and not viral infections.”

Fabien Heliot, a researcher who specialises in electromagnetic exposure in wireless communication at the University of Surrey, explained: “5G, like previous generations of cellular communication systems, is an RF-based (radiofrequency) technology that uses electromagnetic (EM) waveform to transmit information; EM-waveforms are themselves non-ionizing radiations.”

Heliot said the waveforms in 5G are designed and transmitted similarly to 4G. “The main and only difference so far is ... that 5G can transmit more data by using larger frequency bandwidth at the higher carrier frequency, and directivity of antennas at the base station.”

Being a living thing, a virus cannot be created by radiation, added Heliot. “Actually it is the other way round — there are guidelines put in place to ensure that radiation does not harm living things.”

Heliot said that “the possible side-effects of 5G are the same as 4G, 3G, 2G, Wi-Fi; all these wireless communication technologies use EM waveform that radiates energy”.

He said 5G radiations are not as severe as “CT scan or x-ray technologies” which are used in medical care.

The World Health Organization (WHO's) website states that “a large number of studies have been performed over the last two decades to assess whether mobile phones pose a potential health risk. To date, no adverse health effects have been established as being caused by mobile phone use”.

Regarding 5G, the WHO states: “Health-related conclusions are drawn from studies performed across the entire radio spectrum but, so far, only a few studies have been carried out at the frequencies to be used by 5G.

“As the frequency increases, there is less penetration into the body tissues and absorption of the energy becomes more confined to the surface of the body (skin and eye). Provided that the overall exposure remains below international guidelines, no consequences for public health are anticipated.”

Do not be misinformed, because misinformation could be lethal. It is not advisable to live on theories. The world is already on the edge, hence, it would be foolish of any human to escalate tension.

Truth is, 5G tech does not cause Coronavirus and it doesn't 'suck oxygen'.

It is as silly as saying photography causes malaria.

COVID-19 is caused by an infection with SARS-CoV-2 - not technology.

If you are worried about non-infectious diseases: burns, most cancers, diabetes, etc, then you can think of technology.

But those are a different issue from the Coronavirus which is the main issue now.