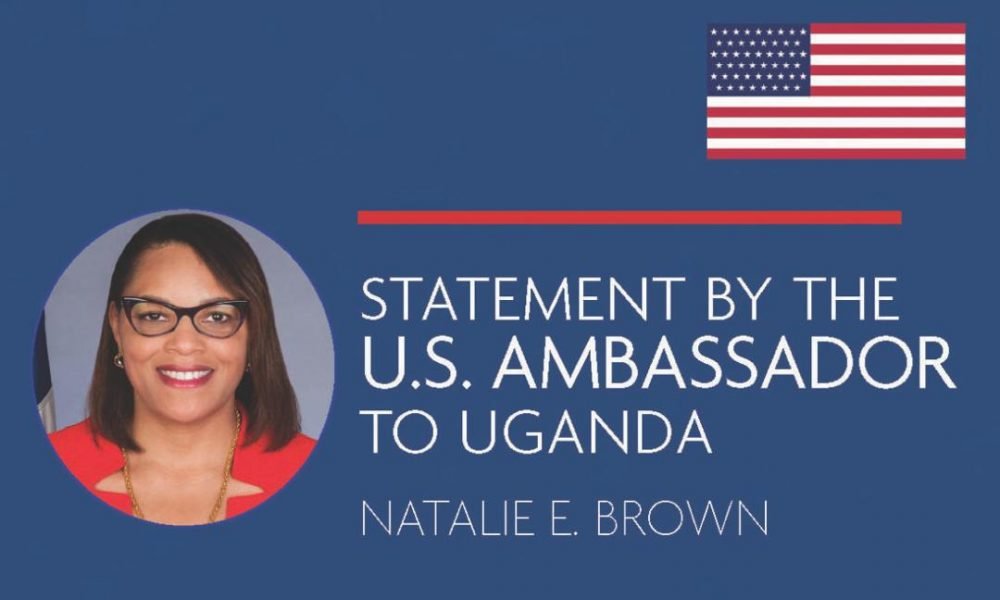 The United States on Wednesday said Uganda's Presidential Election vote would lack accountability and transparency because most of its accreditation requests were denied, therefore, it can't observe the election.

The US ambassador to Uganda. Natalie Brown in a statement expressed “profound disappointment” saying more than 75% of the observer accreditations requested had been denied.

She said in a statement, “With only 15 accreditations approved, it is not possible for the United States to meaningfully observe the conduct of Uganda’s elections at polling sites across the country,” the statement said.

“As we have stated previously, the United States takes no side in Uganda’s upcoming elections. We support a free, fair, peaceful, and inclusive electoral process.”

"Without the robust participation of observers, Uganda’s elections will lack the accountability, transparency and confidence that observer missions provide.”

Reacting to the statement by the U.S ambassador, Bobi Wine in his Twitter message wrote, First, they refused to invite the EU Mission to observe this election.

"Now, U.S. observers have also been denied accreditation! The world knows why Gen. Museveni is doing this. So unpopular and yet very desperate to declare himself a winner at all costs. Uganda, turn up & vote," Bobi Wine tweeted.

Uganda’s government has repeatedly alleged that foreigners are working in support of the opposition. Museveni’s main challenger, the singer and lawmaker known as Bobi Wine, has been accused of being “an agent of foreign interests,” which he denies.

Museveni announced that his government had shut down access to social media and blasted Facebook after the social network removed Ugandan accounts linked to his reelection campaign.

“That social channel you are talking about, if it is going to operate in Uganda, it should be used equitably by everybody who wants to use it,” Museveni said of Facebook. “If you want to take sides against the (ruling party), then that group will not operate in Uganda.”

READ ALSO: Uganda Shuts Down All Social Media Platforms Ahead Of Election

Facebook said this week it had removed some Ugandan accounts because they engaged in alleged coordinated inauthentic behaviour.

The allegations of outside interference have contributed to a charged atmosphere, with Museveni deploying the military in the streets of urban centres where authorities fear the opposition is planning riots that could overwhelm the regime.

Wine, whose real name is Kyagulanyi Ssentamu, insists his campaign is nonviolent and he urges his supporters not to be intimidated by the heavy military deployment in Kampala, the capital.

Wine has captured the imagination of many at home and abroad in his generational clash with the 76-year-old Museveni, who has rebuffed calls for his retirement after 34 years in power.

At least 54 people were killed in November as the security forces put down riots sparked by the arrest of Wine, whose rallies were frequently broken up by police purportedly enforcing coronavirus control measures.

First, they refused to invite the EU Mission to observe this election. Now, U.S. observers have also been denied accreditation! The world knows why Gen. Museveni is doing this. So unpopular and yet very desperate to declare himself winner at all costs. Uganda, turn up & vote! https://t.co/crUZwsacXm