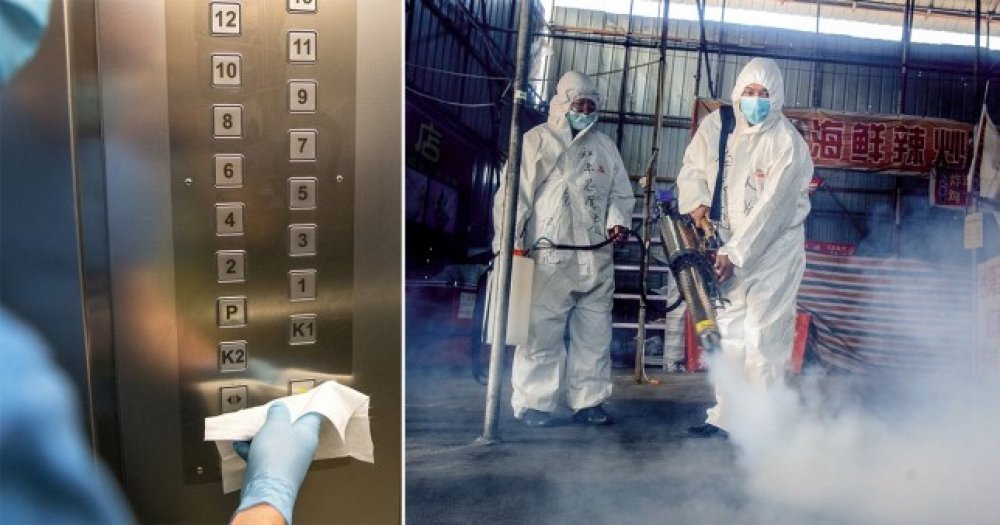 A twenty-five-year-old woman who recently arrived at her home in China's Heilongjiang province, from a trip to the US has infected at least 71 people with Coronavirus.

Due to her travels, she was asked to quarantine in her apartment until her tests came back.

Upon arrival, she took her building's elevator up to her apartment. She had no direct contact with anyone but her downstairs neighbour who used the elevator at some point after her.

On 29 March, the downstairs neighbor’s mother and her boyfriend, who had visited her flat, attended a party with another group of people. Then, on 2 April, one of those groups suffered a stroke and was taken to hospital; however, at this point, there was no obvious connection between him and the traveler and he was not tested for coronavirus.

Experts later concluded that the traveler must have contaminated the lift in her building. Her downstairs neighbor is thought to have contracted the virus while using it, before infecting her mother and mother’s boyfriend when they visited her home. The couple then infected the stroke patient and his two sons at the party.

The two sons took it in turns caring for their father, who was moved to a different hospital on 6 April. The stroke patient and his sons all later tested positive and researchers discovered they had infected 28 people in the first hospital, including five nurses and one doctor. They went on to infect another 20 people in the second hospital.

The boyfriend of the downstairs neighbor’s mother displayed COVID-19 symptoms and became the first case in the cluster to test positive for the disease.

When investigators learned someone in the block had recently traveled, they tested the traveler again and this time she was found to have antibodies, suggesting she had previously had the disease.

Researchers from the Chinese Centres for Disease Control and Prevention wrote: “We believe [the traveller] was an asymptomatic carrier and that [the downstairs neighbor] was infected by contact with surfaces in the elevator in the building where they both lived.

“Our results illustrate how a single asymptomatic Sars-CoV-2 infection could result in widespread community transmission.”

In another report, the Lagos House of Assembly has ordered its members to go for COVID-19 test. This is coming few weeks after the death of one of its members Tunde Braimoh