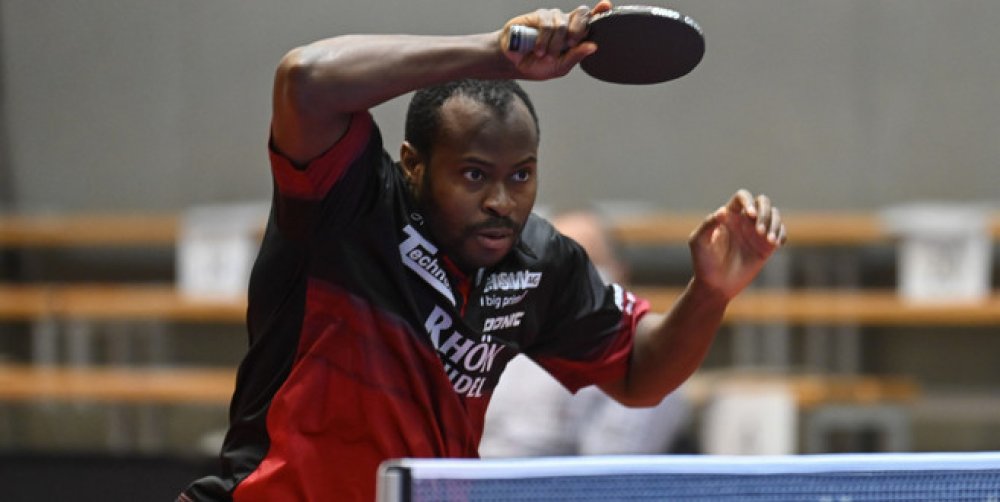 The performance of Quadri Aruna in his maiden season in the German Bundesliga has earned him a two-year contract extension with TTC RhönSprudel Fulda-Maberzell.

Regarded as one of the best players in the Table Tennis Bundesliga (TTBL), the management of TTC RhönSprudel Fulda-Maberzell has been impressed with the Nigerian and in order to fend off offers from other teams, they decided to extend the contract of the African champion for another two seasons.

Unlike others who hardly made an impact in their maiden season, Aruna has made an instant impact for TTC Fulda as his performance has lifted the team from going down in the league.

Aruna who joined the German club from Sporting in Portugal in 2020 has been outstanding this season being the best performing player in the club for the 2020/2021 Table Tennis Bundesliga (TTBL) season.

With four matches to the end of the season, TTC Fulda has managed to escape relegation having won five matches and lost 13 to occupy the 10th place on the 12-team league table.

Already, German internationals Fan Bo Meng and Ruwen Filus have been confirmed to remain with the team for next season and in planning ahead, the management of the club has decided to hand Aruna another two-year deal till 2023.

On principle, TTC RhönSprudel Fulda-Maberzell has secured a unilateral option to extend the contract of the 32-year-old Nigerian after he joined the club on a one-year contract.

Being the best player in the Portuguese league for three seasons, Aruna has achieved an individual record of 14 wins and 10 losses to be listed among the top 15 players in TTBL.

His performance has helped TTC Fulda this season as the team still believes the African superstar still has a lot to offer.

"We are currently in talks with Aruna", TTC President Stefan Frauenholz can no longer elicit, but the extension with Aruna should only be a matter of time.

With this development, this means that the TTC Fulda would start the next season with an unchanged team for the first time in three years after former players like Denmark’s Jonathan Groth, Chinese Wang Xi and Croatia’s Tomislav Pucar left the club after one season.