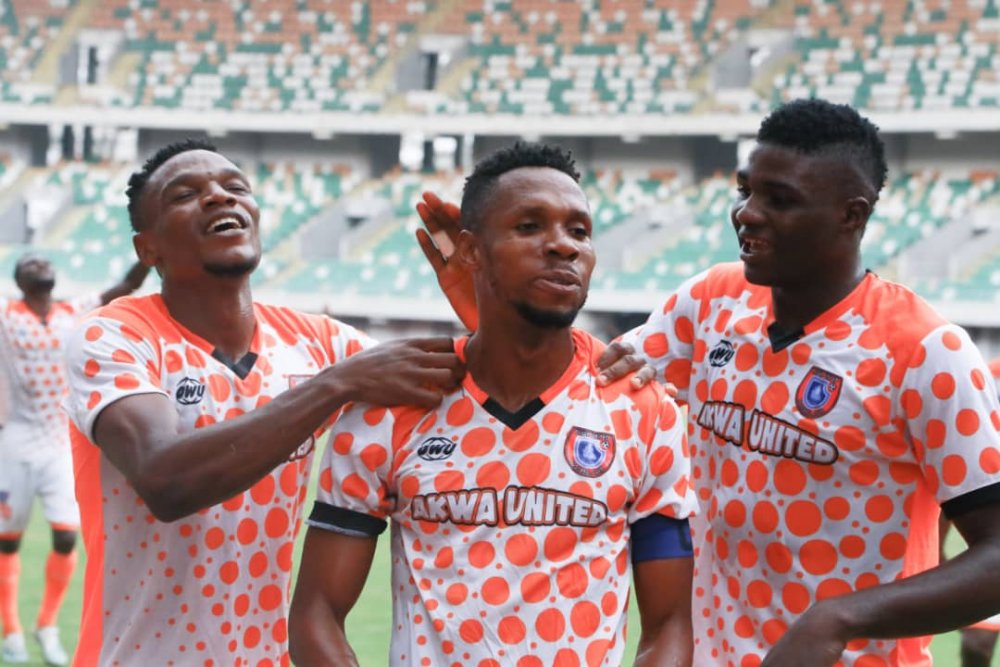 Nigerians can watch Akwa United lift their first-ever Nigeria Professional Football League (NPFL) trophy this Sunday at 'The Nest of Champions' when they confront MFM FC of Lagos.

With three games to go in the NPFL, The Promise Keepers are one point away from becoming champions.

Subscribers on NPFL TV, the all-new app for local football fans have been protesting the non-broadcast of games in the past month. However, AllNews can report that the big game coming up this Sunday in Akwa Ibom State will, in all probability, be aired.

Recall that the League Management Company (LMC) entered into a five-year deal with Next Digital for the production, distribution, sales, and commercialisation of the NPFL in November 2019.

With no progress made a year after reaching the agreement, LMC entered into another five-year “strategic and investment partnership” with Redstrike Sports, an international sports marketing agency based in the UK and Malaysia.

Redstrike agreed to acquire some rights from the LMC/NPFL and the clubs for NPFL marketing. Under Redstrike's agreement with NPFL, Nigerian top-flight streamed live matches every week of the season through NPFL TV, as well as distributing and broadcasting through other media channels.

But many local league followers are fuming regarding the lack of coverage of the league in the last couple of weeks.

"There is a chance Akwa United will win the league this weekend. And according to what I am hearing, we may be having this conversation in Uyo when Akwa United will be playing against MFM on Sunday," Babajide Guerrero, Live Matchday Presenter for the NPFL told AllNews.

On comments in some quarters that the NPFL TV project is a failure, Guerrero disagreed.

"The truth is, every new project in Nigeria, be it self-funded, be it corporately-funded, has its challenges. The NPFL TV is a huge success; the success is massive. To be able to sustain that level of success, there will always be challenges.

"While I totally understand the grievances of the subscribers and everyone, it is important I state that there are things being done at the moment to make sure that there are games. For example, as I speak to you, there is a guaranteed game (Akwa United versus MFM FC) because these challenges have finally been attended to.

"As laudable as this project is, it has its own challenges. They are technical issues that are beyond the control of the LMC, that are beyond the control of the NPFL itself. But the reason why people would be on Shehu Dikko (LMC Chairman) is because he is the head. They are also quick to forget that this is the same guy who brought this innovation in the first place."

Guerrero argued that thanks to the NPFL TV, homegrown players are now having "a lot of attention". He reminded critics about the times NPFL games were free on the app.

"I am optimistic things will be back to normal. I mean, we delivered 22, 23 games in a first-of-its-kind season.

"Yes, receiving some sticks is normal, but it's not all doom and gloom.

"It is just unfair that the Nigerian thing in us, we expect perfection immediately — which is good. But we should understand that a new system will have many intricacies that need to be worked on, and the NPFL TV is not exonerated.

"I am sure the management is working towards making this project better next season.

"Is it a failed project? Definitely not. Does it have its challenges? Yes. It has not been totally smooth, but we cannot say it is bad in any way."