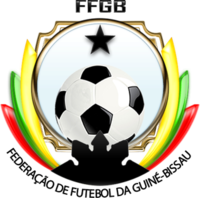 Guinea-Bissau's first participation in AFCON was the qualifier in 1994 where they defeated Cape Verde over three legs but failed to register a single point in the second round as their draw against Togo was annulled after Togo withdrew from the competition. In 1996 Guinea-Bissau withdrew from qualification after a draw and two losses to begin the campaign, leading to their ban for 1998 AFCON.

Guinea-Bissau next entered qualification in 2006 where they lost 4–1 to Mali and were again banned in 2008 for unpaid debts to CAF. In 2012 they secured a single win 1–0 against Kenya and five losses to finish last in Group J. The following year they were eliminated 2–0 by Cameroon. In 2015, after beating the Central African Republic 3–1, they lost to Botswana by the same scoreline.

For the 2017 qualifiers, Guinea-Bissau was drawn from Pot 4 into Group E and, despite being the lowest-ranked nation in their group, achieved ten points and qualified for the 2017 tournament ahead of Congo, Zambia, and Kenya. In their African Cup of Nations debut, Guinea-Bissau drew 1–1 with Gabon with a 91st-minute equaliser by Juary Soares. This was the only point they collected at the tournament and they were eliminated in the group stage.

Guinea-Bissau then also won their Group in the 2019 qualifiers to reach a second straight Finals. They again managed one draw 0–0 against Benin and two losses and failed to progress to the knock-out stages.

On March 30, 2021, Guinea-Bissau went into their final qualifying match against Congo, needing a victory to qualify. They ended comfortable winners with goals from Piqueti, Frederic Mendy, and Jorginho to secure their third successive AFCON appearance.

The Djurtus Head Coach is Guilherme Farinha and the team's home stadium is Estadio 24 de Setembro. Most Caps player was Jonas Mendes with 50 Appearances, The team's all-time highest goal scorer was also Nando Co with 9 goals. Their current captain is Jonas Mendes who is currently playing as a Goalkeeper for South Africans Professional Club Black Leopards.