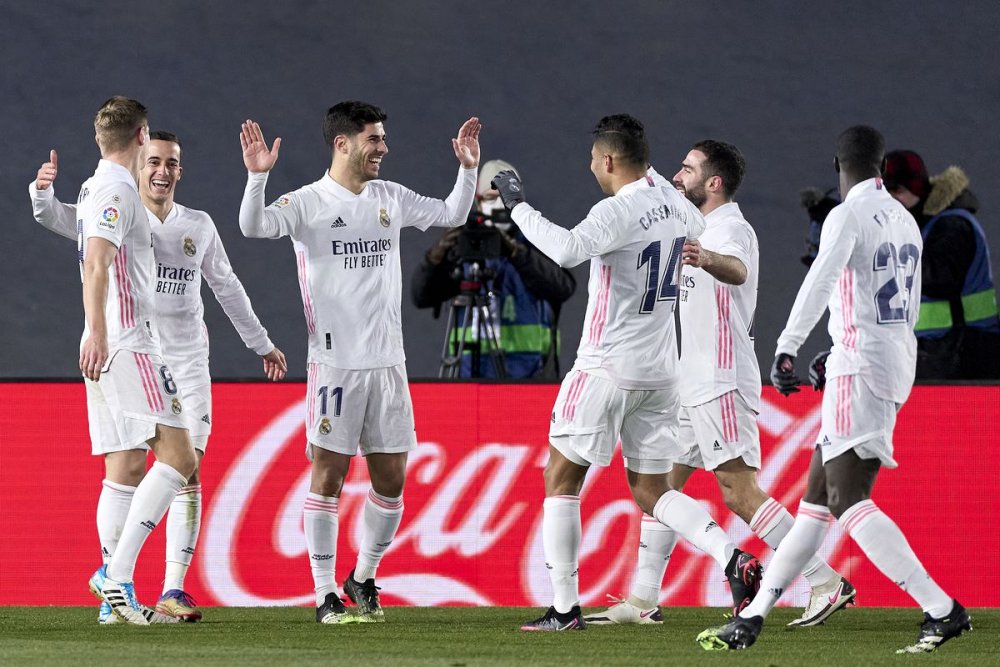 Real Madrid leaped temporarily to the top of La Liga on Saturday with a 2-0 home victory over in-form Celta Vigo on Saturday night.

AllNews understands that Real bounced off from a draw with newly-promoted Elche on Wednesday to move one point clear at the top of the table, but second-place Atletico Madrid has played three fewer games and can regain the lead when they face Alaves on Sunday.

Lucas Vazquez headed in a cross from Marco Asensio at the far post in the sixth minute, barely a minute after Real centre back Nacho had cleared a shot by Celta striker Iago Aspas off the line. He returned the favour in the 53rd minute, laying a diagonal ball into the path of Asensio with the visiting defence in disarray. Asensio drove his shot into the roof of the net.

"We said before the game that if we counter-attacked we could do damage and that's how it turned out," said Asensio.

"After the draw in Elche we wanted to show aggression," said Vazquez. With Real Madrid in control, coach Zinedine Zidane took off Asensio, Luka Modric, Dani Carvajal, Toni Kroos and, right at the end, captain Karim Benzema and brought on Eden Hazard and Fede Valverde, who are returning from injuries, and youngsters Martin Odegaard and Vinicius Junior.

"Today we played well from the first minute until the end," said Zidane. "There is a lot of the season left and we have to keep going."

It was Celta's first loss since Eduardo Coudet took over as manager on November 12, ending a run of seven games unbeaten that had lifted them from the relegation zone to eighth in the table.

"We generated very little for the amount of possession we had," said Coudet.

Earlier, Sevilla, who could have climbed to third, were fortunate to escape with a 1-1 draw at neighbours Betis. Suso opened the scoring for Sevilla after 48 minutes.

Sergio Canales replied with a penalty after 53 minutes.

When the home team won another spot-kick in the 75th minute, Nabil Fekir took it but Sevilla goalkeeper Yassine Bounou saved. French international Fekir has not managed a goal or an assist in three months.

Sevilla dropped to fifth behind Villarreal, who beat Levante 2-1.