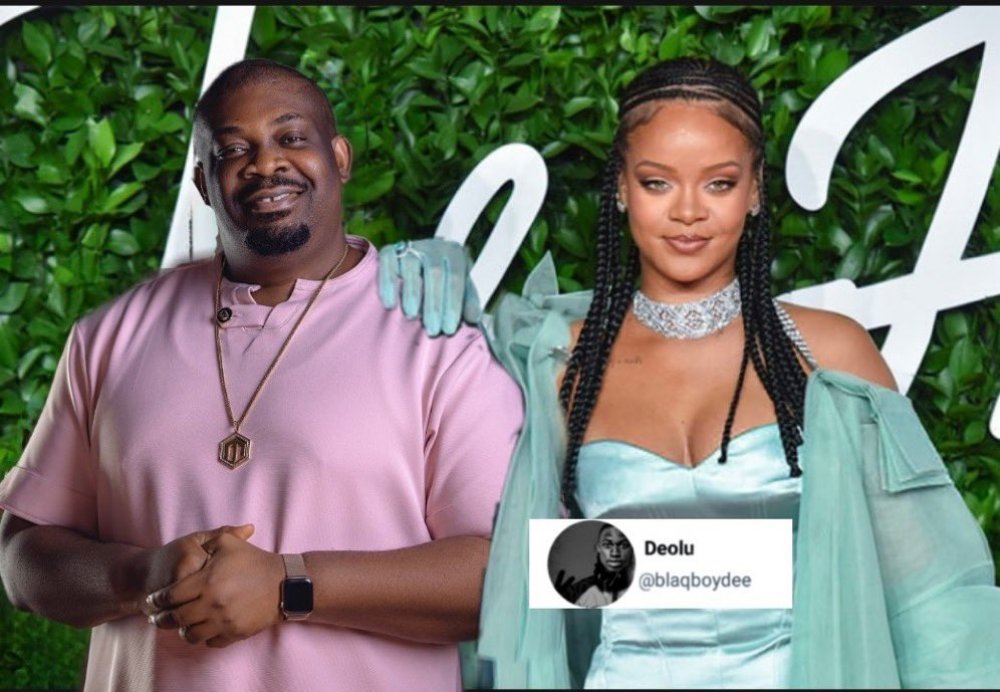 Nigerian producer and Mavins Record boss, Don Jazzy, is currently being mocked over singer Tems meeting his love interest, Rihanna, before him.

It is no news that Don Jazzy has over time declared that he is crushing on the sensational Barbadian singer and countless times, he has photoshopped pictures of them together.

On Thursday, a video of Tems and Rihanna meeting for the first time surfaced on the internet. Rihanna held a SavageXFenty showcase on Wednesday night and Tems made an appearance.

The music stars chatted, took photos, shared hugs, and couldn’t contain their excitement as they were visibly thrilled to have finally met.

To mock Don Jazzy, netizens took to social media to point out that Tems is living the music producer's dreams as she met Rihanna before him. 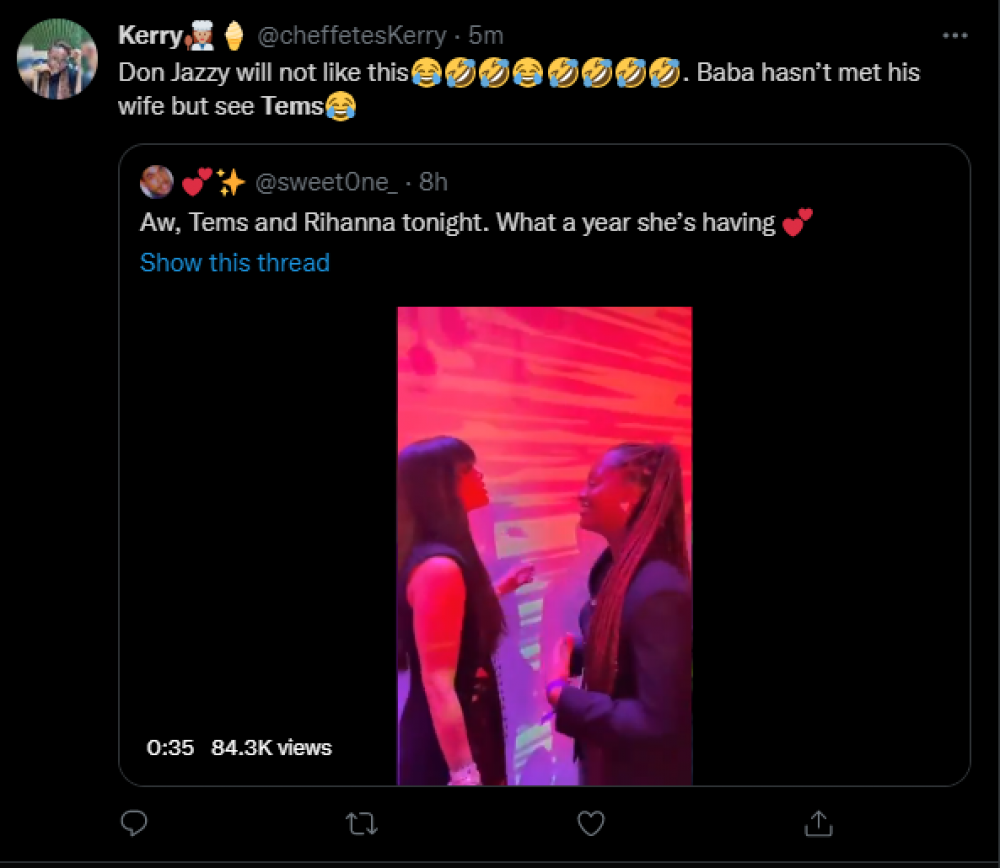 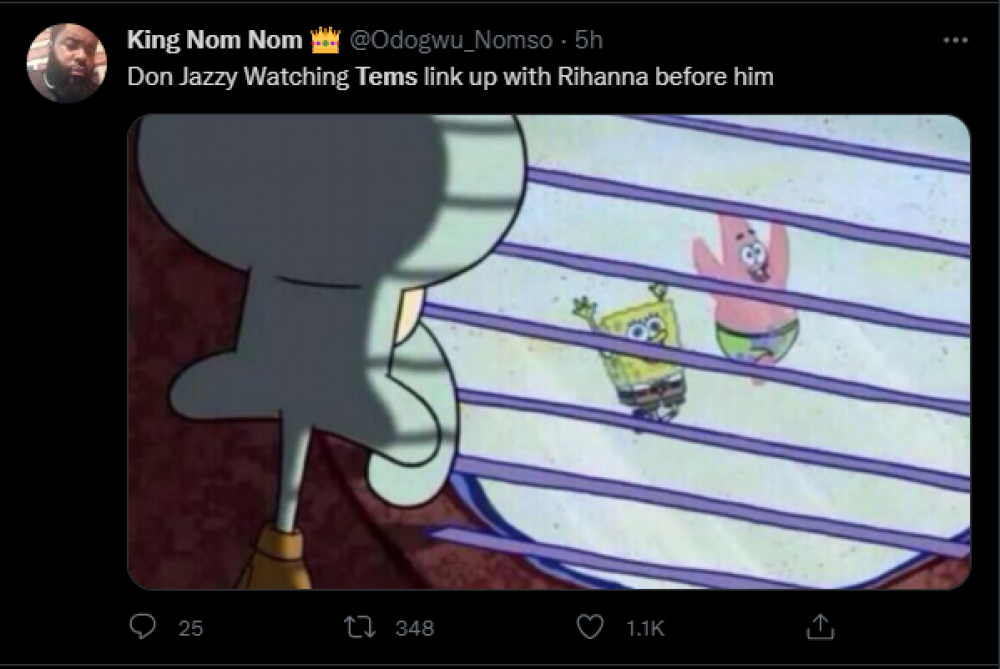 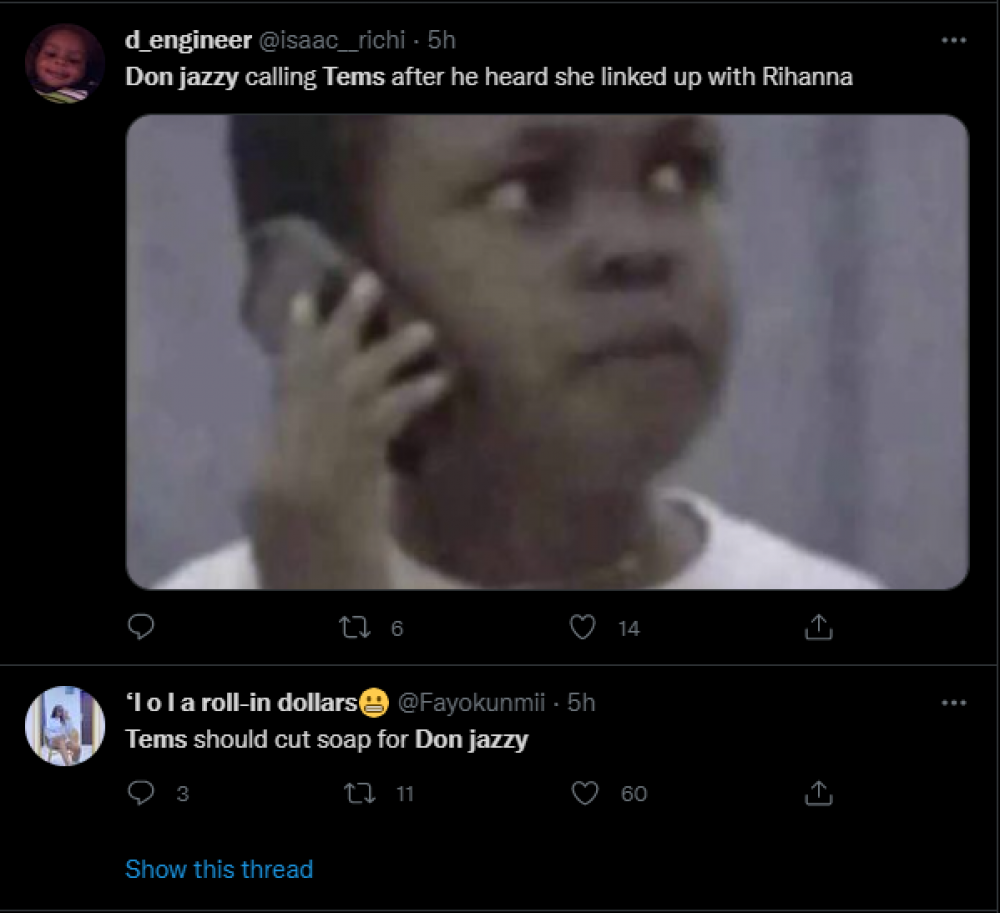 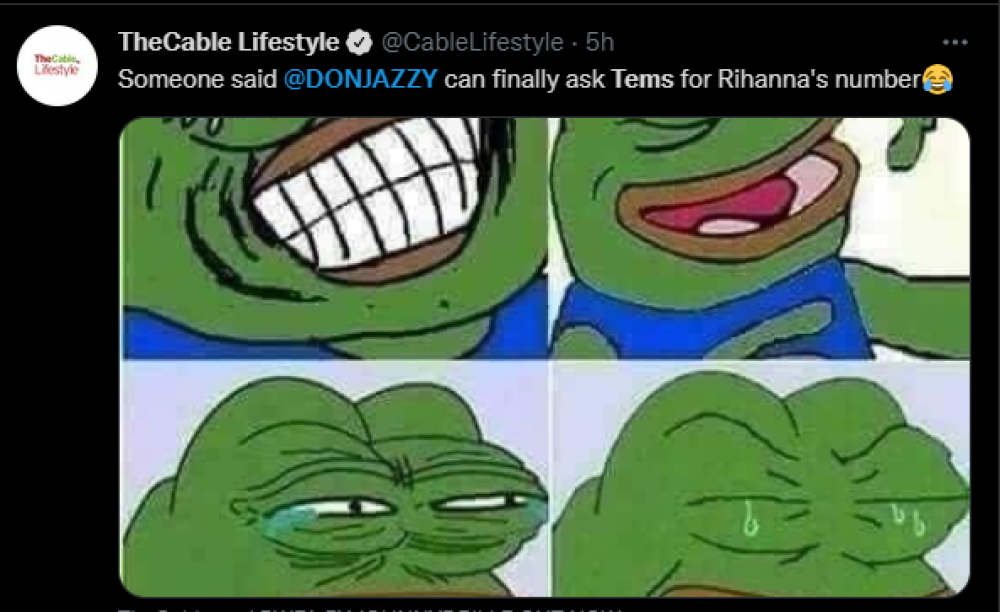