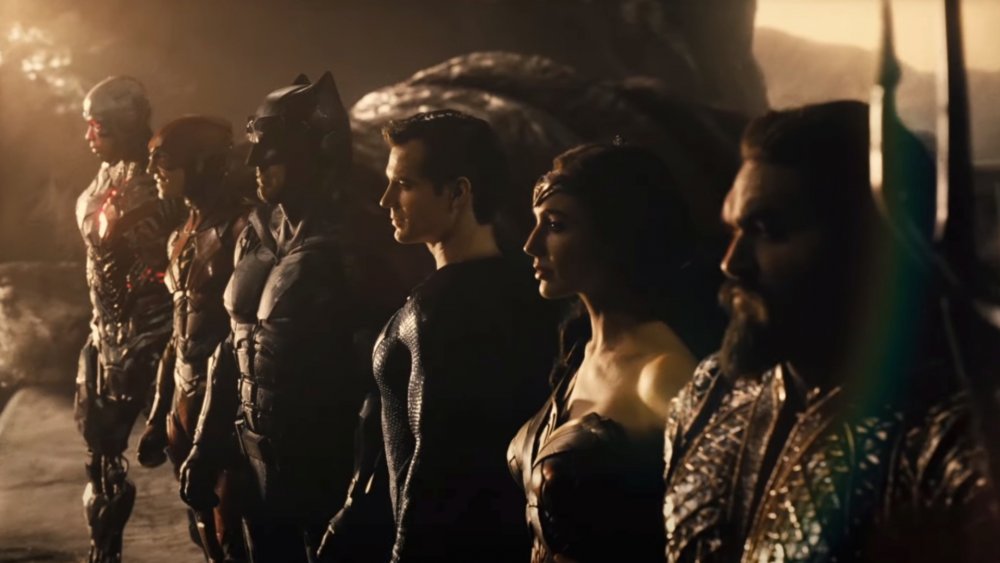 Though Zack Snyder's Justice League is better than Joss Whedon's theatrical version, it still manages to fall short of greatness.

Yes, it's finally here and many have been raving about the Snyder cut which is currently streaming on HBO Max. As a Marvel and DC fan (one who has faithfully followed all the movies in both universes), I will be as honest as I can in my review.

I tried to reduce my expectations but given the hype and the anticipation, that became almost impossible. For me, Zack Snyder would finally put Warner Bros. and the previous version to shame with this. In the end, all I got were mixed feelings. 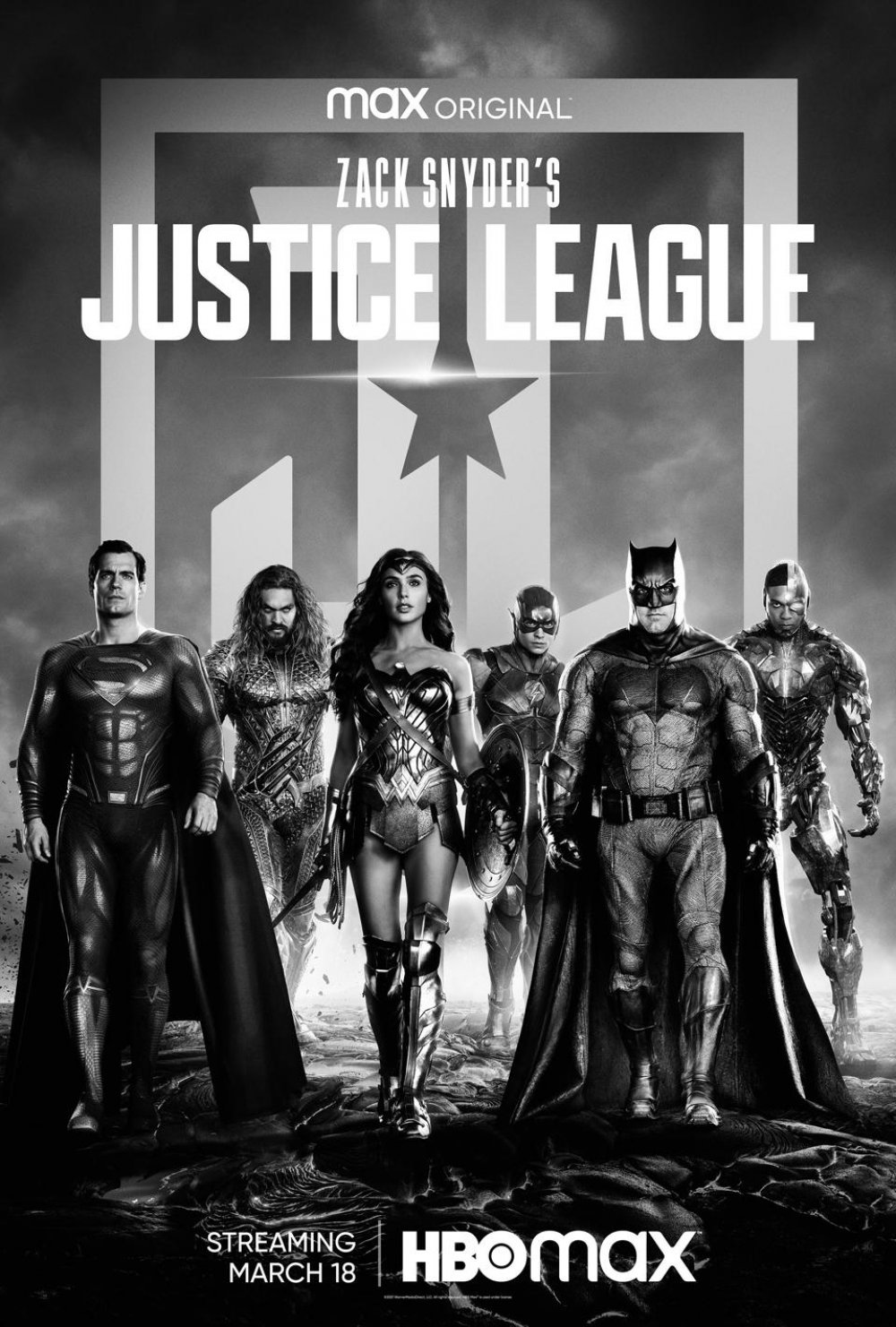 Let's just get something clear; those saying that Zack Snyder's Justice League is a different movie from the theatrical version are wrong. It is one and the same movie, but with significant changes and additions.

The plot is basically the same; Batman and Wonder Woman reach out to the others to get them to unite as Steppenwolf begins his hunt for the Mother Boxes.

READ ALSO: Why Zack Snyder's Justice League Must Be Everything Fans Want

Snyder's vision starts in a totally different way than Joss Whedon's, and the score just got me hooked.  From then on, it was one amazing scene after the next. But midway through, I started to see some loopholes which I couldn't ignore.

Here, all the heroes are given more time to shine (and they do for the most part). We see how Ben Affleck's Batman is affected by Superman's demise. All he can think about is how to unite the team against the coming threat, and honor the Kryptonian's legacy. 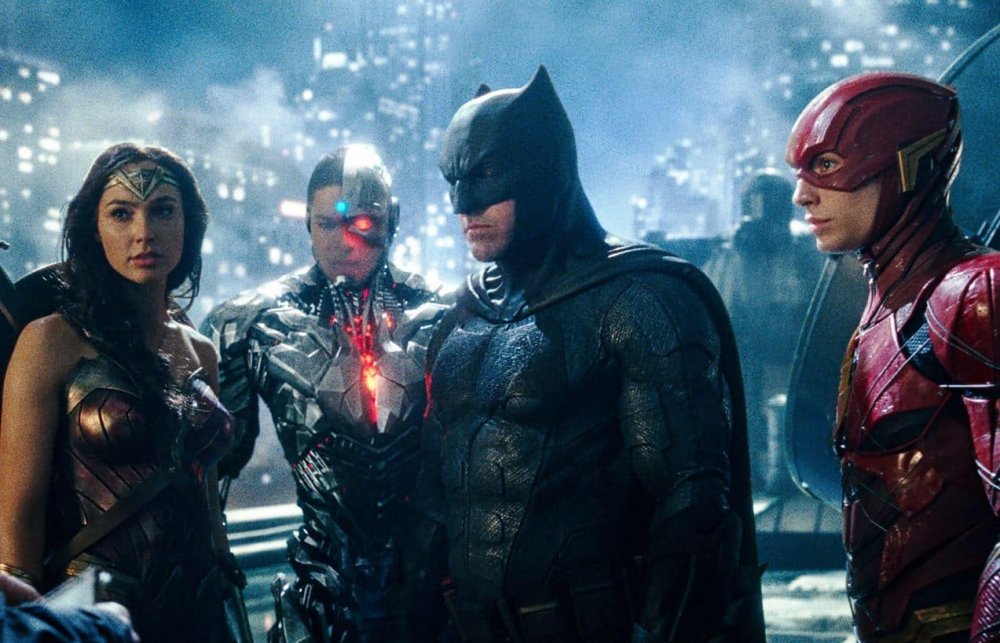 Wonder Woman (Gal Gadot) is shown to be a far superior fighter here than in her films (Snyder knows how to utilize comic book characters). Her charismatic presence and leadership qualities inspire the team, bringing out the best in them.

Jason Momoa's Aquaman has more scenes but for me, he doesn't make any major impact. It's like most of the time, he is either complaining or being pessimistic.

Cyborg's origin story is undoubtedly the most compelling among the heroes. The actor who plays the character (Ray Fisher) flexes his acting muscles and steals almost every scene in which he appears. The viewer gets to understand him better after a peek into the tragedies that shaped his life. 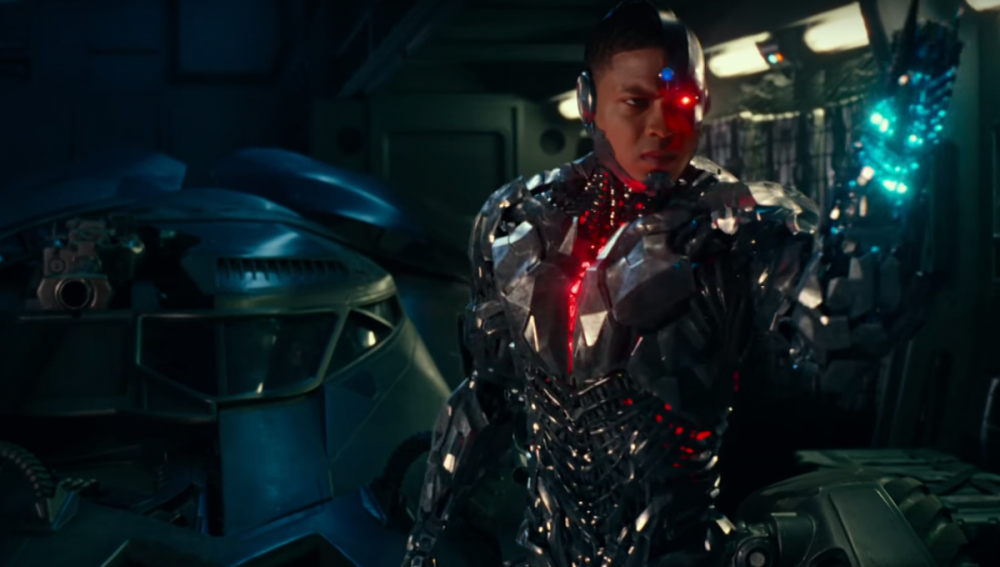 Henry Cavill's Superman is the same as we saw him in the theatrical version (only a little less funny). His resurrection is the final key to saving the world, and when he does show up, everything changes.

While the added scenes (which contribute to the film's astonishing runtime of 4 hours) make the movie better than the earlier version, it doesn't really elevate it beyond what it is; entertaining at the very least. 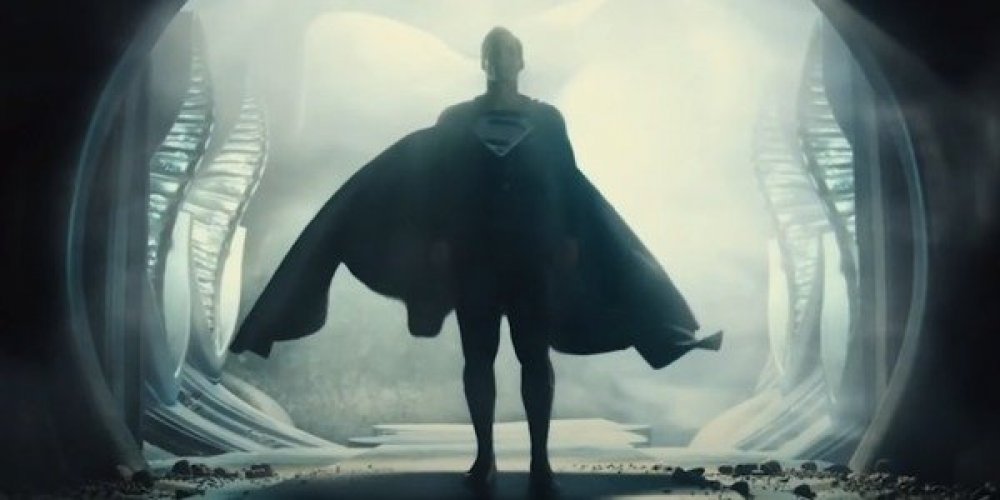 I will begin with the action. The first action scene in Zack Snyder's Justice League features Wonder Woman facing off against some bad guys. In my opinion, that is the best action sequence in the entire film (even though it is very short). The way her powers were shown made me rewind the scene at least twice. I said to myself, 'Wow! If this is how the action sequences are in this film, then I'm so in for a wonderful encounter!'

Unfortunately, the other fight sequences never measure up to the first. The flashback scene where Darkseid and his minions come to earth and fight the alliance of heroes (made up of Atlanteans, men, gods, and many others) lacked the spark that has become Snyder's trademark in shooting action sequences.

It was in the above scene that I got to take a look at Darkseid's strength and I wasn't impressed. He was defeated quite easily as there was nothing special about him. 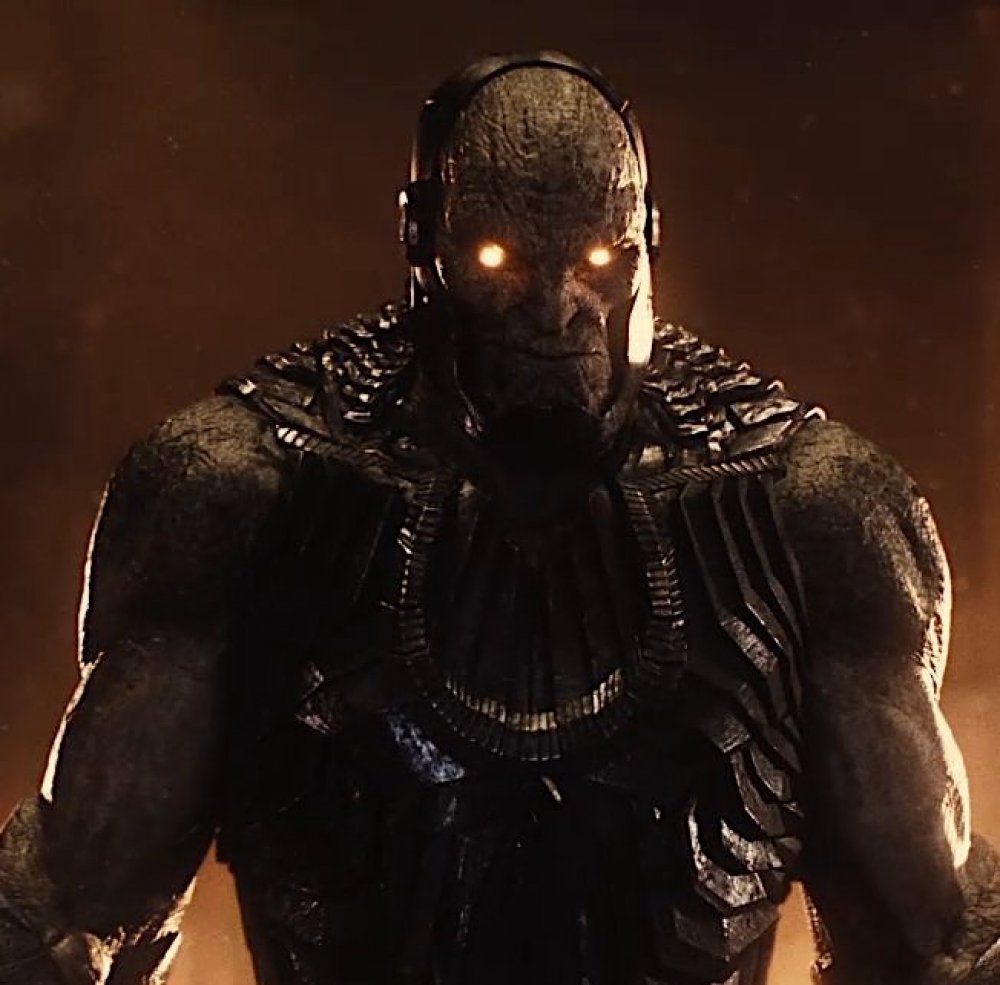 Another thing that didn't escape me is how Wonder Woman's speed and agility are clearly seen when she is fighting anyone but Steppenwolf himself. She is fast (like Superman fast) but when she squares off against the villain, her speed is shown to be normal.

I particularly enjoyed the scene where Ezra Miller's Flash saves Iris West. It was awesome. This brings me to his role in the film. I daresay that of all the team members, Flash is the one who seems to be there to just make jokes.

Yes, we see more of him here and his backstory but he is nothing like the comic book character who is a brilliant scientist also. I understand the director choosing to take liberty with the interpretation of the character, but come on! I expected better. 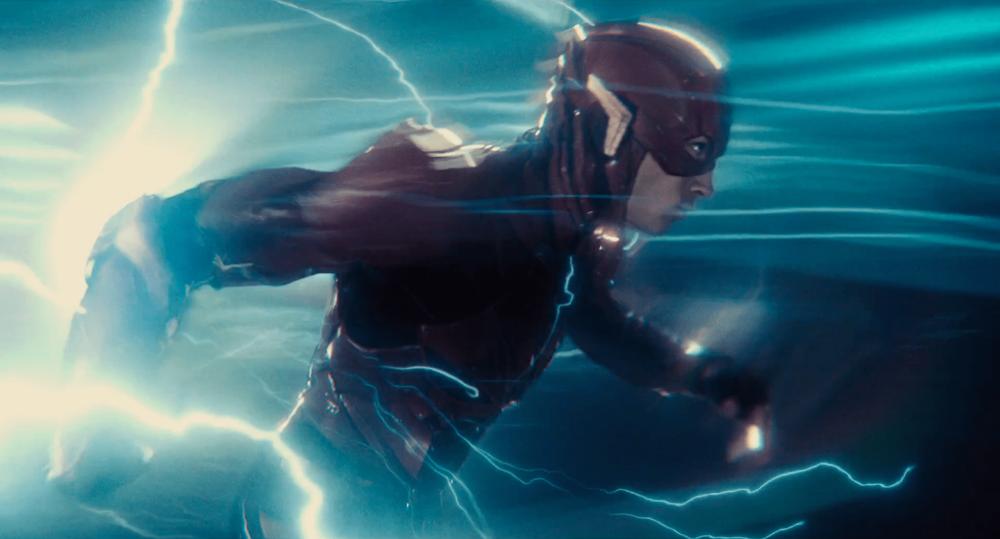 At times, Flash's speed powers are well-portrayed while at other times, it's like he is not actually running fast but leaping in bounds.

As for the antagonist, Steppenwolf, he isn't anything special either. We get to see his motivation for doing what he does and yes, he looks more intimidating here but that's it. He is shown to be a formidable warrior but when Superman comes, he is reduced to nothing.

I think it was a mistake to make the so-called parademons Steppenwolf's army because they were anything but lethal. Apart from their scary appearance, they didn't seem to be too much of a threat to the heroes. The biggest disappointment for me was the final battle scene. It was very underwhelming and the only good thing about it is the badass score. When Superman arrived, the battle became boring as he stole the show (too easily, I might add).

Another issue I had with Zack Snyder's Justice League was the dialogue. While I understand that Snyder doesn't want to copy the MCU (he said so himself), he could have at least made the dialogue a little better. I mean, there was a scene where Flash was doing his thing and he said some words that were meant to be motivating but made me cringe. It sounded like what a ten-year-old would write and say.

The visual effects were cool at some points and not at other times. The CGI used for Steppenwolf seemed to fluctuate between impressive and cheap, but overall it wasn't bad to look at. 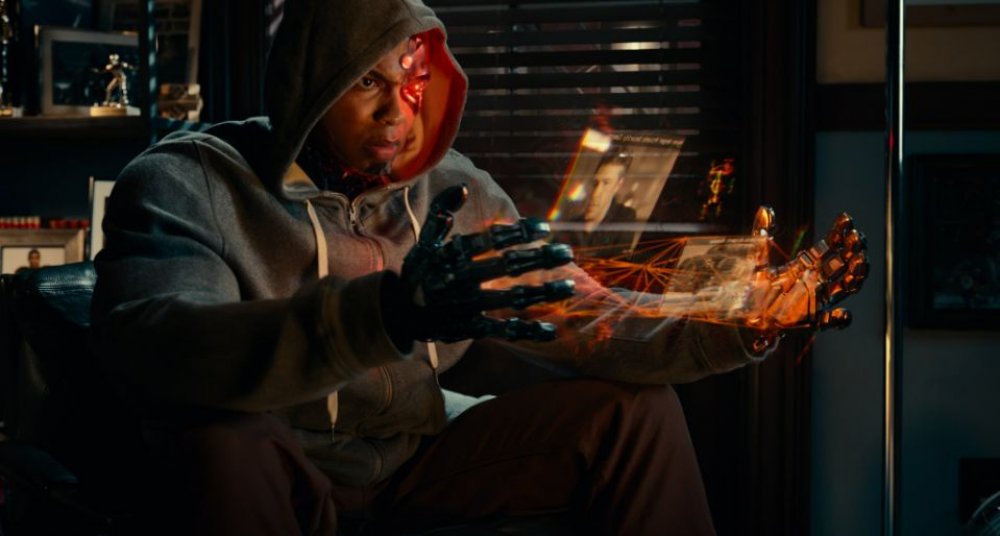 The best thing about Snyder's vision is the emotion and heart in it. This is majorly due to Cyborg's character arc which makes him the standout of the entire film. Ray Fisher deserves commendation for this as he gave it his all.

The music also was very good, effectively drawing the viewer into the events being portrayed. The man behind it, composer Junkie XL, did an amazing job.

In all, Zack Snyder's Justice League proves that the director obviously had something better to offer than the theatrical version. But that is as far as it goes. The word 'epic' can't be used to describe it. 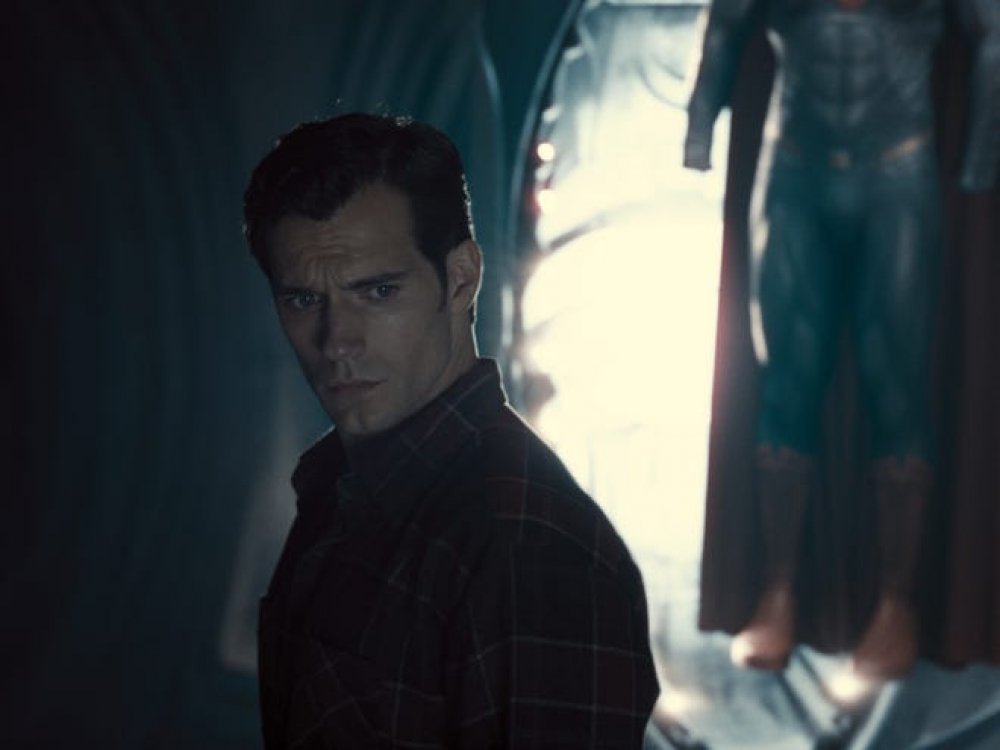 Having seen the film, I now understand why its runtime was that length. There was no other way for the director to advance the plot and really bring all the many pieces together.

The cameo by a major DC character that was teased didn't leave any lasting impression on me. Why? I honestly don't know. Maybe it's because I expected so much more.

Final verdict: A good movie that could have been one of the all-time greats. However, I believe it still does the director justice because fans got to see what he always wanted them to.