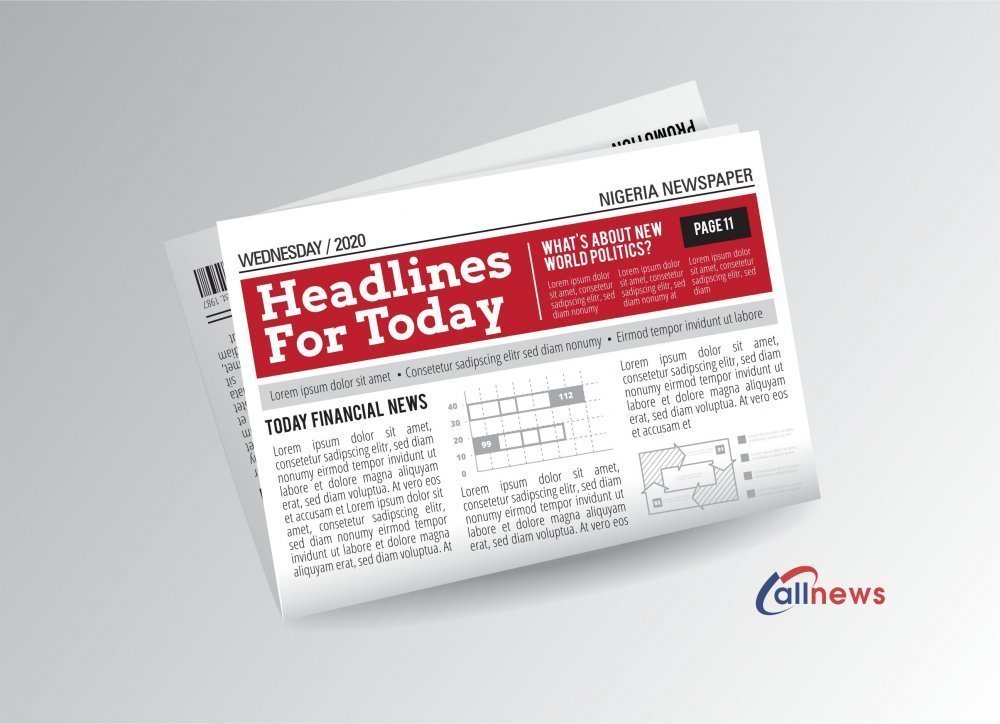 1. Nobody Needs To Be Killed For Biafra - Nnamdi Kanu's Counsel

Aloy Ejimakor, the Special Counsel to Biafra political activist, Nnamdi Kanu, and the proscribed Indigenous People of Biafra (IPOB) says "nobody should be imprisoned or killed for Biafra". Ejimakor via his known Twitter handle on Tuesday insisted that citizens have the right to self-determination.

Primate Ayodele has released fresh prophecies ahead of the 2022 gubernatorial election in Ekiti State. The leader of INRI Evangelical spiritual church, Primate Ayodele said the only way the People Democratic Party (PDP) can be victorious is by choosing Segun Oni as its candidate for the election. The clergyman warned PDP would give an “easy victory” to the All Progressives Congress, APC, if it fails to pick Oni as governorship candidate.

The Non-Academic Staff Union of Universities (NASU) and Senior Staff Association of Nigeria Universities (SSANU) on Wednesday said the unions might be forced to embark on strike if the Federal Government fails to meet their demands by Thursday. The President of SSANU, Mohammed Ibrahim made the intention of the unions known while featuring on Channels Television’s Sunrise Daily programme.

The Non-Academic Staff Union of Universities (NASU) has described the Federal Government sharing formula of the N40 billion earned allowance for the institutions' workers as illogical and a "divide and rule" tactic. The non-academic unions on Tuesday protested over the Integrated Personnel and Payroll Information System (IPPIS) and the N40bn earned allowance.

The Nigeria Center for Disease and Control (NCDC) on Tuesday recorded 1,270 new cases of COVID-19 infections and twelve more death as the second wave continues to spread rapidly across the country.  The new cases recorded brings the total number of confirmed cases in the country to 102, 601 while the new deaths figure recorded has taken the total death toll to 1,373.

The National Examinations Council (NECO) has released the internal Senior Secondary School Examination (SSCE) results with a two percent rise of candidates who made five credits and above in all subjects. The Council also derecognised 12 schools for their involvement in mass cheating and whole school cases of malpractice. The Registrar, Professor Godswill Obioma, announced these at the NECO Headquarters in Minna on Wednesday.

7. Elon Musk Falls To Second Richest In The World

Elon Musk’s position as the richest person in the world was short-lived after his fortune fell by nearly $14 billion in one day. According to Forbes report, the electric-vehicle maker, Tesla, fell by nearly 8% on Monday, pushing Musk’s net worth down by $13.5 billion, to $176.2 billion. After briefly overtaking Amazon CEO Jeff Bezos as the world’s richest person last Friday, Musk has again fallen to the second spot.

Real Sociedad would lock horns with Barcelona in the Spanish Super Cup mini-tournament as the winner will face either Real Madrid or Athletic Bilbao in the final scheduled to be played in Spain rather than Saudi Arabia. Lionel Messi led-Barcelona finished last season trophyless and would look to bounce back to glory days with their first trophy since 2018-2019 season. After a poor start to the season with 4 losses, 4 draws Barcelona's 3 games winning streak has propelled them to 3rd in La Liga with 7 points from the top spot.

As clubs continue to strengthen their squad in the January transfer window, Manchester United are considering signing Real Madrid captain, Sergio Ramos. According to Italian website, Calciomercato, the World Cup-winning defender will drop into the free agent pool this summer if no fresh terms are agreed at Santiago Bernabeu. Real had offered Ramos a new contract, but he has not accepted it.

Nigeria Singer Simi is celebrating her second wedding anniversary with her husband, Adekunle Kosoko popularly called Adekunle Gold with some really endearing words for him. To celebrate their anniversary, the two singers took to Instagram to rain praises, appreciating each other and celebrating their beautiful daughter Adejare. According to Simi, the two years anniversary is only on government papers but to her, it's 7 years since she accepted to date her lucky man Adekunle and she is lucky to have a baby with him. She narrated how they stood by each other during the COVID-19 pandemic and still sealed their union.

These are the latest Nigerian newspaper headlines this evening. Visit our website www.allnews.ng for the more latest news in Nigeria and around the world.