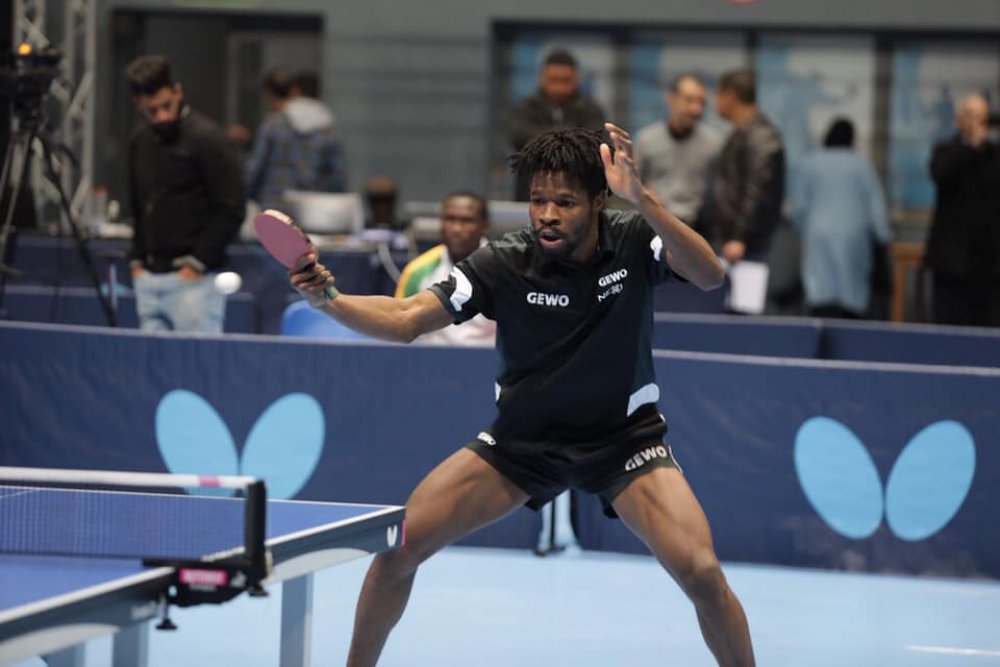 At 13, Olajide Omotayo — now dubbed The ‘Prince Of Nigerian Table Tennis’ — was already a rising star and was rewarded with his debut at the 2008 African Juniors in Egypt. Captaincy of the team followed at the 2013 World Junior Championships, where he was one of the top-ranking African players.

By 20, the athlete, who qualified for the Summer Olympic Games in February 2020 was ready to make the step up to the senior ranks (the Olympic Games Tokyo 2020 is scheduled to be held from 23 July to 8 August 2021 in Tokyo, Japan). 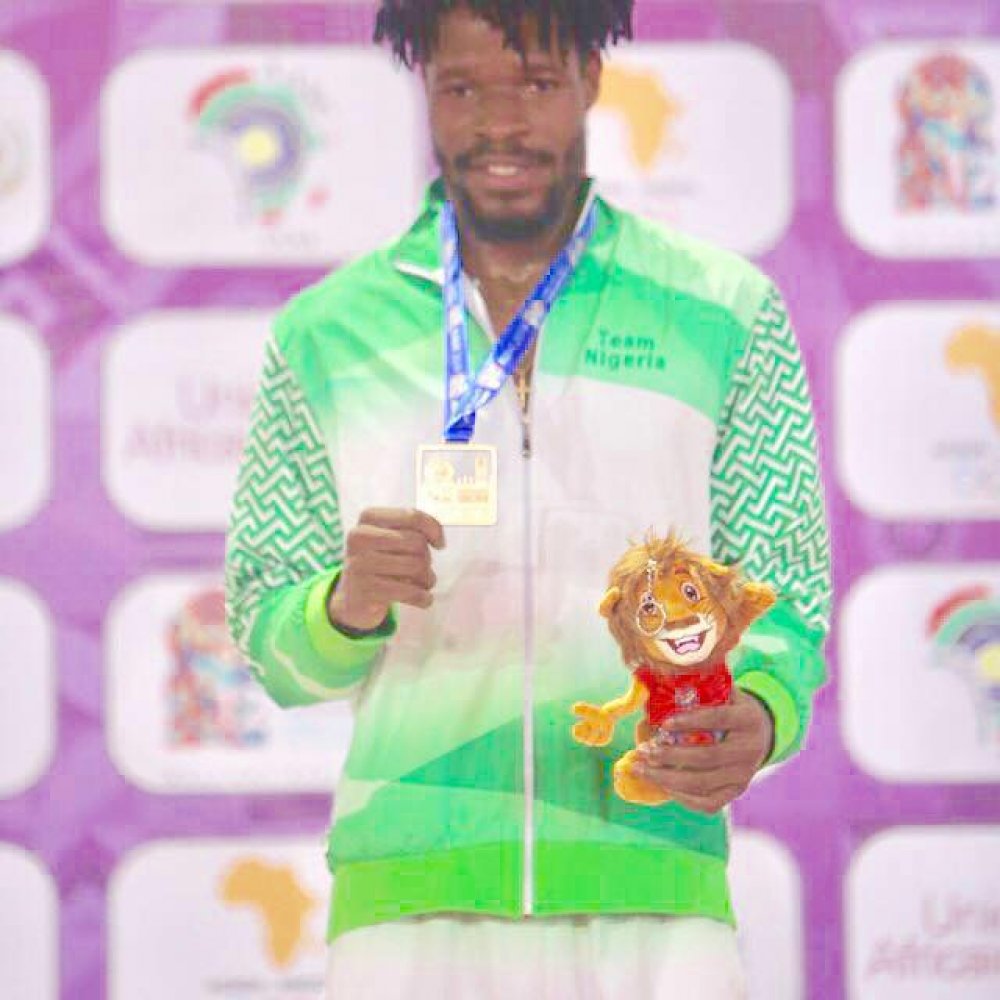 But then Omotayo lost a crucial qualifying game for the 2015 African Games trials. He couldn't return to his club in Italy at the time and was on the verge of quitting professional Table Tennis completely. However, Aruna Quadri's historic qualification for the Rio 2016's Olympic Games quarter-finals ensured Olajide would be more determined than ever.

At Rio 2016, his compatriot Quadri Aruna became the first African to reach an Olympic quarter-final.

“I didn’t qualify to be in the team because of a match that I was leading 2-0 in and was the favourite for. I don't know what happened," the 26-year-old told Olympic Channel in 2020. “Sometimes sports turn upside down. No African Games and everything else went down. I couldn't go back to Europe because my club in Italy couldn’t secure sponsorship."

"I watched the match that qualified him (Aruna), and it was so good. Aruna won it,”

“He beat Timo Boll [three-time Olympic medal winner]. I was so happy - it was like I was the one who got to the quarter-final. I was like 'if Aruna can do it, I can also do it if I put in the work'.”

Aruna, the two-time Olympian revived renewed inspiration in Omotayo who realised he still had plenty of good years ahead of him. He moved back to Europe and set himself huge targets. The help of a fantastic coach, Michael Oyebode was also immense.

“I was then ranked 632 in the world. I said to myself, ‘I want to start playing more professional tournaments and I want to be top 200 in the world in two years’.” 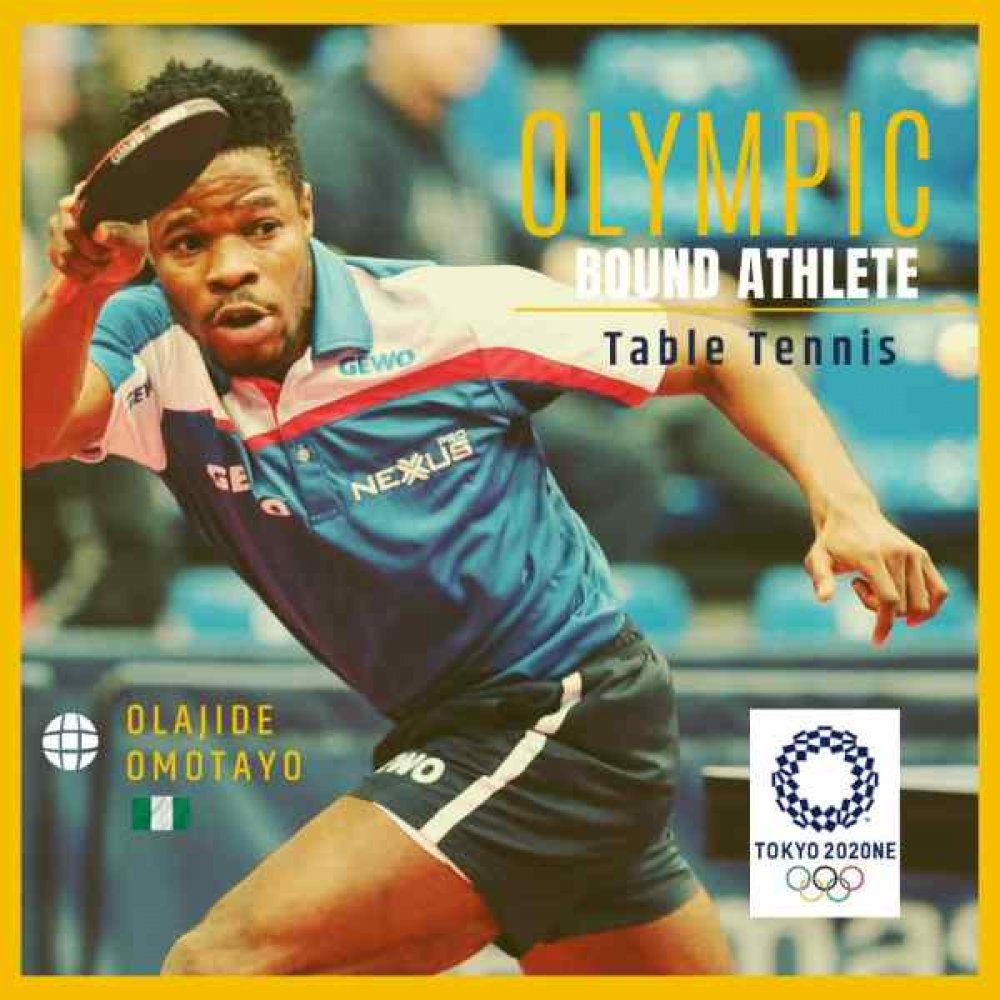 In an exclusive interview with AllNews in May 2020, Olajide although identifies Aruna Quadri as his mentor, he picked Segun Toriola as the greatest Nigerian table tennis player ever.

Olajide Omotayo was born by Elder Omotayo Rotimi on 6 July 1995 in Lagos State, South-West Nigeria. He had risen from humble origins to amass fame and honour that he has today. Bred in Shomolu — a tough Lagos suburb, 'Jide attended Pedro Primary School, Bariga and later, Morocco Comprehensive High School, Igbobi Yaba, both in Lagos for his Junior Secondary education, before proceeding to Baptist Senior High School, Obanikoro for his Senior Secondary School education.

Olajide, presently based abroad, is the youngest of 6 siblings of his parents.

Olajide started playing table tennis at the age of 8. He was introduced to the game by his sister, Omobolanle Omotayo, a one-time national table tennis champion. He started his career playing for a local club, the Summer Table Tennis club in his neighbourhood in Somolu Area, Lagos State. He represented his school in the Lagos State Table Tennis Competition for Primary Schools and National School sports Competition at age 9. He started representing Nigeria at International Competitions at 11. In 2008, he represented Nigeria at the All African Junior Table Tennis Championships in Alexandria Egypt where he won Bronze. He has since then established himself as a key member of Nigeria's senior table Tennis Team at several international tournaments. 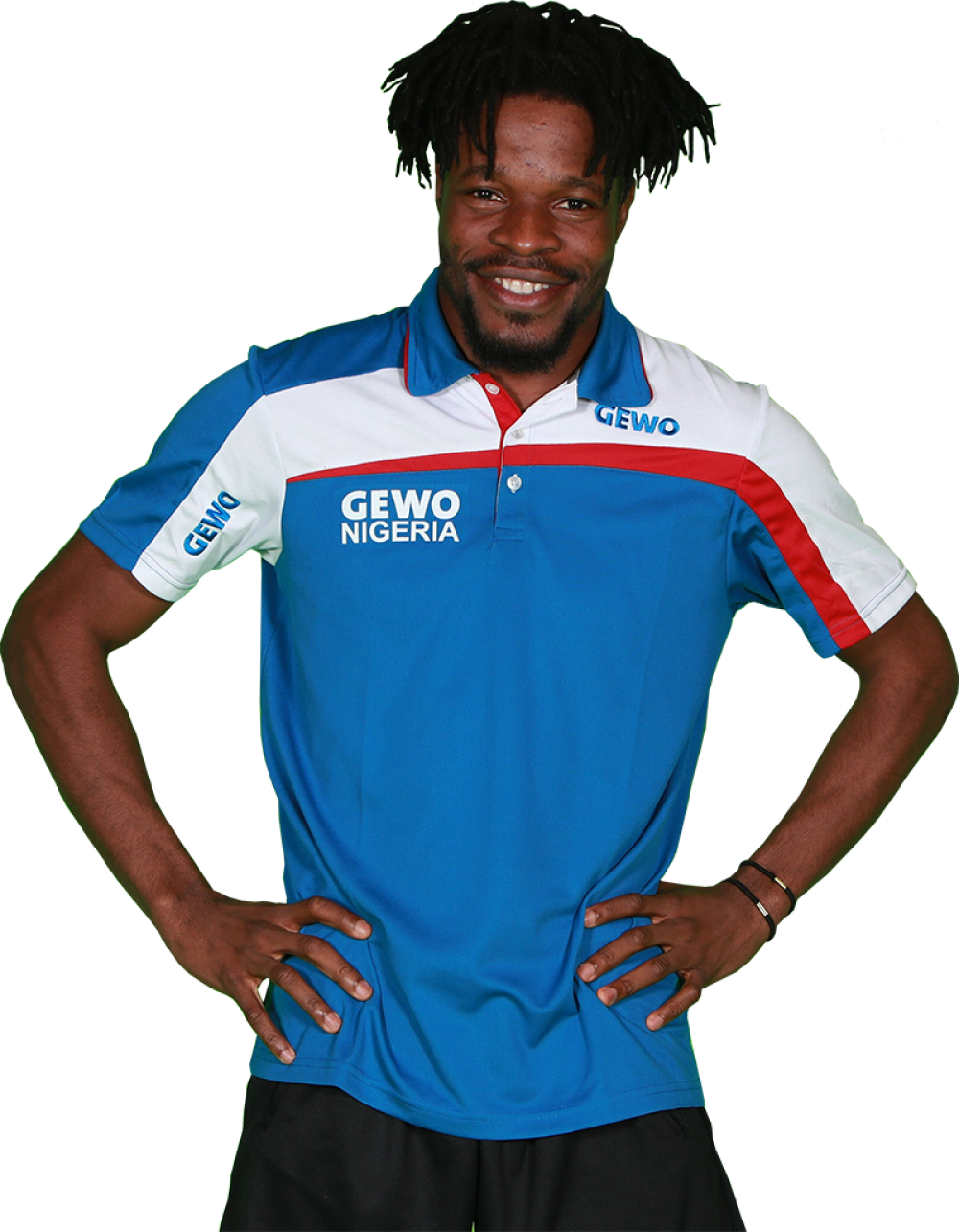 In July 2021, Olajide signed a one-year deal to join a French Pro A team, PPC Villeneuve, for the 2021/2022 season. He had been playing for more than six years in the Italian Table Tennis Super League. He last played for TT Genova.

Olajide competed for Nigeria at the 2016 African Championship (doubles event) and 2018 Gold Coast Commonwealth Games in Australia winning Bronze and silver respectively. His first international appearance for Nigeria was in 2008 as a cadet at the 2008 International Table Tennis Federation (ITTF) African Junior and Cadet Championships which held in Alexandria, Egypt.

In 2019, he was nominated for the Nigerian Sportsman of the Year Award by the world table tennis governing body, ITTF.

At the World Table Tennis (WTT) in Qatar about four months ago, Olajide set a new African record when he became the first Nigerian and African to win a match at the WTT Middle East Hub.

Olajide's highest career ranking to date was 85. He is currently ranked 94th in the International Table Tennis Federation (ITTF) male world rankings. He is the current Champion of Africa after defeating Aruna Quadri to win Gold in the Men's Singles at the 2019 African Games, his debut appearance.

Olajide is known for his offensive playing style with a strong topspin stroke. He's got an impressive backhand flicks too.

At the 2019 African Games which held in Rabat Morocco, Olajide battled three of the best players in Africa to become the continent's champion. He played against two former champions – Egypt's Ahmed Saleh and Nigeria's Segun Toriola in the quarterfinal and semifinal stages. The final was a classic with one of his role models in the sport and the current highest ranked African table tennis player, Quadri Aruna. Brilliantly, Olajide raced to the lead with a 3-0 (13-11, 11–9, 16-14). The more experienced Quadri had a good comeback in the 4th and 5th games cutting the lead to 3–2 with 8-11, 13–15. Omotayo scaled through with a 12–10 win to claim his first international Gold medal.

The Nigerian Team represented by Quadri Aruna, Olajide Omotayo and Bode Abiodun played against Team China in Group A at the 2019 ITTF Team World Cup. Olajide lost 3–0 to world number 10, Yun-Ju Lin in the game. In the doubles match, Quadri and Olajide played against Cheng-Ting Liao and Chen Chien-an and lost (2-1). The Nigerian team lost (3-1) overall to exit the 2019 ITTF Team World Cup which held in Tokyo, Japan. Chinese Taipei finished second in the Group while Nigeria exited bagging the third spot.

Olajide featured in the 2018 African Championship in Mauritius representing Nigeria. He made it to the semi-finals after beating Togo's Atarou Assou and Angola's Elizandro André. He had an impressive outing as he proceeded to defeat top Egypt players, Mohamed El-Beiali and Shady Magdy to make it to the semi-final round. Olajide lost to compatriot Quadri Aruna.

Olajide was one of the five male Table Tennis players selected to represent Nigeria at the 2018 Commonwealth Games. The Nigerian team included Bode Abiodun, Azeez Jamiu, Quadri Aruna, and veteran player, Segun Toriola. Nigeria won silver at the end of the competition after losing to the Indian Team consisting of Sharath Kamal, Sathiyan Gnanasekaran and Harmeet Desai.

Olajide didn't qualify for the 2015 African Games after losing a crucial game during the trials.