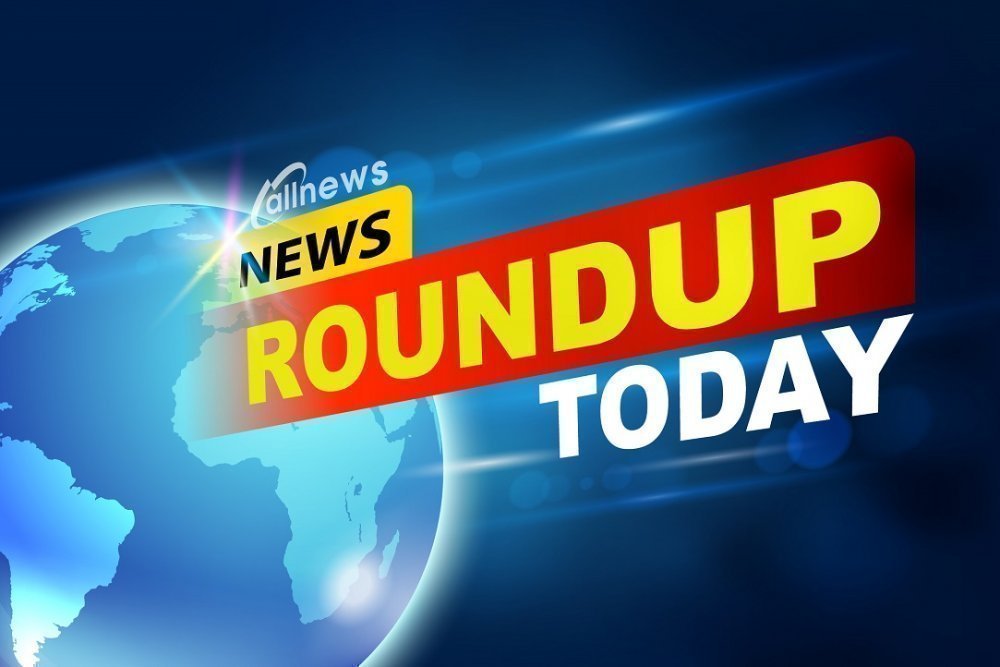 Ericsson’s Vice President and Head of Ericsson South and East Africa, Todd Ashton, made this known on Tuesday during a virtual press briefing to launch the company’s latest mobility report. Read more here.

The Kaduna State Government on Tuesday inaugurated Judicial Commission of enquiry into the Nigeria Labour Congress strike of May, 2021.

The Government has also appointed Justice Ishaq Bello, a retired Judge of the FCT among seven others. Read more here.

UEFA, the European football governing body have invited Denmark international Christian Eriksen and the paramedics who helped save his life during an on-field cardiac arrest to attend the EURO 2020 final.at Wembley on Sunday.

The Danish midfielder was resuscitated in front of shocked fans and a massive global TV audience during his nation's first match of the tournament. Read more here.

4. TB Joshua: ‘Thank You For Shielding Me’ --Joshua’s Widow

The Synagogue Church of All Nations (SCOAN) on Tuesday held a service of tributes in honour of its Founder, Prophet T.B. Joshua, who died on June 5.

Kaduna State Governor, Nasir el-Rufai has ordered the immediate closure of schools that are vulnerable to bandits’ attacks.

Nkiru Umeh, also known as Angel Nikky, has slammed her colleague, Yomi Fabiyi, for the release of his controversial film, 'Oko Iyabo'.

Many viewers of the film believe he minimized the defilement allegation leveled against his colleague, Baba Ijesha. Read more here.

7. Brand Calls Out BBNaija's Vee For Pulling Out Of Ambassadorial Deal

A clothing brand, Zeena and Zara, is calling out Big Brother Naija's former housemate Adeleye 'Vee' Victoria for publicly pulling out of an ambassadorial deal without a refund.

Vee had earlier put up a disclaimer on her Instatory where she distanced herself from anything that has to do with the clothing brand, describing any advertisement with her image from the brand as false. Read more here.

8. Nnamdi Kanu Will Die In Custody, IPOB Will Declare War On Buhari — Pastor

The Senior Pastor of Divine Mercy Church, Olatobiloba Peters, has prophesied that the leader of the banned Indigenous People of Biafra (IPOB), Nnamdi Kanu will die in the custody of the Department of State Services (DSS).

According to Daily Post, the cleric on Tuesday said IPOB members will then declare war on President Muhammadu Buhari and the entire Nigeria to avenge his death. Read more here.

Barrister Emeka Chigozie Emekesiri, the self-acclaimed founder of the Indigenous People of Biafra (IPOB), has reacted to the arrest and re-arraignment of Nnamdi Kanu, leader of the now-outlawed group.

Last Tuesday, Abubakar Malami, attorney-general of the federation (AGF), said the IPOB leader was “intercepted” on June 20 “through the collaborative efforts of Nigerian intelligence and security services”. Read more here.