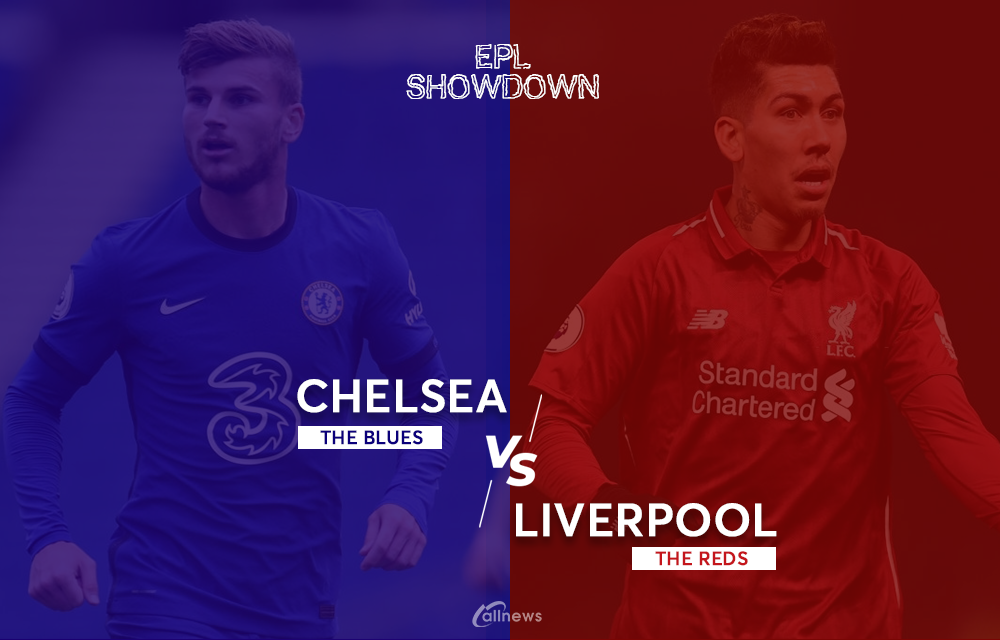 English Premier League (EPL) matchday 2 features Chelsea vs Liverpool which proves to be the very first real test for The Blues after a huge summer spending and Liverpool title defending race.

Jurgen Klopp took a slight jab at Frank Lampard about his high spending summer which he says does not make it a team and here comes an opportunity for both of them to prove their point on the field of play.

Chelsea won their first game of the season against Brighton with a 1-3 scoreline at the Falmer Stadium to clinch all three points.

The new forward, Timo Werner had a great game against Brighton and he showed great promise with his pace and runs against the Brighton side.

He could not get a debut goal but at least drew the foul that earned his side the first goal through a penalty that was tucked in by Jorginho.

James Recce had a screamer from 20-23 yards out to beat Matt Ryan at the post to make it two for Chelsea after Leandro Trossard leveled it for the host.

Kurt Zouma deflected shot killed off the game from a corner kick to seal the first win for the star-studded Blue side.

Lampard says as a player, he felt the adrenalin of going up against the great teams, and as a coach, playing matches like the one against Liverpool is what you are in it for.

Lampard says as a player he felt the adrenalin of going up against the great teams and as a coach, playing matches like the one against Liverpool are what you are in it for. #CHELIV

On Jurgen Klopp, Lampard says he has huge respect for what he has done in Liverpool and that will never change.

Asked about Loftus-Cheek, Lampard emphasized he is fully aware of the player's recent history, and if there is criticism of him at Brighton, it is very harsh. He adds that Ruben has fought hard to get back from injury and there is much to come from him.

We'll hear from Frank Lampard ahead of #CHELIV when he takes his press conference later today... ?

Follow updates here or you can watch it live on the 5th Stand app from 1.30pm (UK)!

Frank Lampard mentioned the injured players in the team which include Hakim Ziyech, Thiago Silva Ben Chilwell, and Christian Pulisic.

On injuries, Frank Lampard reports that Chilwell, Pulisic and Ziyech are not ready for Sunday's game. Werner is fit but Thiago Silva is working on his fitness so the Liverpool game comes too soon for him.#CHELIV

Liverpool started the EPL 2020-21 season firing all cylinders in a 7 goals thriller against resistant Leeds United as they earned all three points on opening day. The match helped Klopp analyse his side's weaknesses, especially after Leed United tucked in two goals.

The game ended at 4-3 after 90 minutes of intense football at the Anfield.

The manager provides some fitness updates in his interview with LFCTV.

“Intense week. A few little things here and there but in the moment should be OK,” Klopp explained at his pre-match press conference.

He said, “Nobody is coming back or whatever, and the rest we have to see. So, still, two days to go – two training sessions – but for the moment, we seem OK.”

Jürgen Klopp provides a fitness update ahead of #CHELIV...

US: New customers can use the free trial offer on FuboTV* to stream the broadcast of Chelsea vs Liverpool by following the simple steps below.